File Photo
Indigenous and civil liberties groups say the British Columbia government failed to consult them before proposing legislation that would force youth under 19 to stay in hospital after an overdose.

Indigenous and civil liberties groups say the British Columbia government failed to consult them before proposing legislation that would force youth under 19 to stay in hospital after an overdose.

The province announced its plan to amend the Mental Health Act last month, saying youth could be kept in care for up to seven days in order to stabilize them and create a treatment plan that would involve parents.

However, the Union of B.C. Indian Chiefs and the B.C. Civil Liberties Association are among groups that say the government didn’t ask for their input on legislation that may stop youth from accessing care if they’re detained against their will.

They’re demanding the proposed legislation be withdrawn, especially as fatal overdoses increase, with a monthly record of 175 deaths last month.

Judy Wilson, a spokeswoman for the Union of B.C. Indian Chiefs, said Indigenous youth would be most affected by the changes and instead need support services before they overdose and end up in an emergency department.

“If the province had talked to some of these families and advocates, there could have been a lot more suggested, instead of unilateral changes,” Wilson said Wednesday.

“More alternative programs than just hospitalization are needed,” she said, adding long waitlists for programs and treatment leave youth without hope as drug use becomes entrenched and families end up in crisis.

“There aren’t enough programs, so it ends up being the only solution, to leave them in the psych ward, in an institutional setting,” Wilson said. “And of course, youth rebel because they don’t want to be in a hospital.”

Minister Judy Darcy has said the proposed changes could help ensure the immediate safety of young people and provide them with support after they’re discharged.

However, Dr. Keith Ahamad, an addictions specialist at St. Paul’s Hospital in Vancouver, said there aren’t enough treatment beds available for either youth or adults.

Ahamad was among the physicians and public health experts consulted about the proposed legislation but he said their concerns weren’t taken into consideration.

“Everyone was very surprised to see the proposed changes,” Ahamad said, adding youth fearing they could be detained in the hospital will no longer trust doctors trying to treat them.

“I see this hugely, disproportionately affecting Indigenous youth and as they age. The therapeutic relationship and the potential for me to provide care for these youth are significantly impacted when they’re treated like this. The scientific evidence suggests that, as well as the clinical experience.”

Detaining youth for seven days would also lower their tolerance to street drugs, which is particularly problematic as substances have become more toxic during COVID-19, Ahamad said of disruptions to the normal supply due to border closures.

“A 17-year-old doesn’t want to be forced into doing anything that they don’t want to do. And if best evidence suggested that this would be effective and potentially lead to improved outcomes then of course we would advocate for it.”

He said rather than amending the law, there’s an urgent need for the province to provide a comprehensive system of support.

“Currently, within British Columbia, we don’t have a functioning system of care within the community. We have people admitted to withdrawal management centres within acute care settings and we discharge them to nothing,” he said.

“To me, as a parent and a scientist and a clinician, that is the crux of the issue. We’re not looking after patients when they leave hospitals and that’s the real downfall of the system.”

The BC Centre on Substance Use was also not consulted by the province, and neither were drug users’ groups or Moms Stop the Harm, a national support group of about 1,300 parents whose children are struggling through addiction or have died of an overdose.

Leslie McBain, a spokeswoman for the latter group’s chapter representing 650 members in British Columbia, said that while the intention behind the proposed legislation is good, it is “fundamentally flawed.”

“If a kid ever wanted to recover from drugs and ever had the idea there was something for them this might just dash their hopes,” McBain said.

“If the individual is scared or threatened and doesn’t want their parents to know and wants out it’s not conducive to healing,” she said.

“I think the government should step back, look at it again given the criticism and pushback they received and do some more consulting.”

This report by The Canadian Press was first published July 22, 2020. 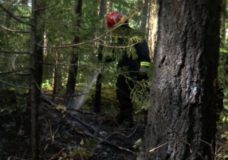 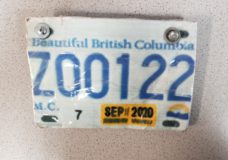