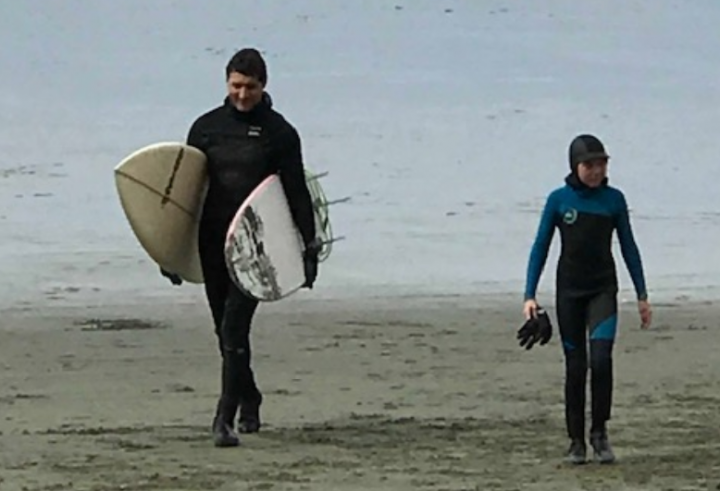 Justin Trudeau seen heading back to shore after surfing with his daughter (Photo: Lynn Meyers)

A Victoria woman visiting Tofino says she saw Prime Minister Justin Trudeau on Easter catching some waves with his family.

Lynn Meyers spoke to CHEK News and said she came face to face with the Prime Minister and his family at Cox Bay Beach Sunday morning.

“I thanked him for his service and wished him a happy Easter,” said Meyers.

She snapped some photos and says he was joined by his wife and daughter. 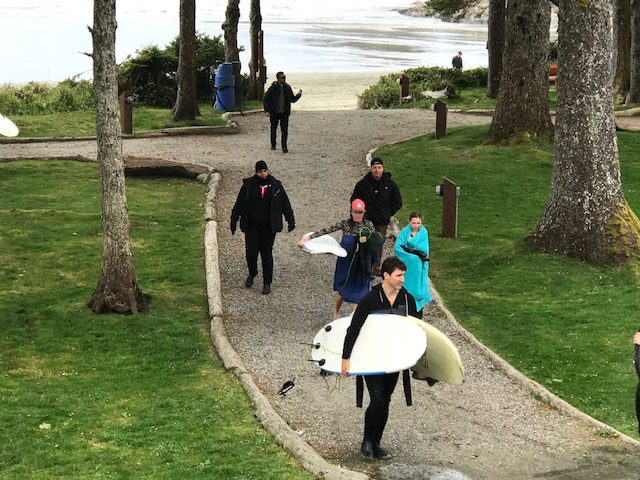 She says RCMP were checking the area earlier, and that while he was heading back to shore security could be seen around him.

The Prime Ministers Office did not return a request for comment or to confirm it was him, but his itinerary says he has been in B.C. since Saturday for personal matters.

The trip was kept quiet. In the summer Trudeau visted Tofino with his family for a vacation and was refused service by a business.

The Friends of Clayoquot Sound, a non-profit environmental group in Tofino, sent a letter to the local Tofino Chamber of Commerce in the summer of 2018 saying that “Businesses can even deny goods and services to Trudeau, and workers can refuse to serve Trudeau in the political activist tradition of non-cooperation.”

The letter cited many reasons, such as saying that the prime minister “force[d] a pipeline across unceded Indigenous territories”

“[They] got to just be regular people [while vactioning]” said Meyers. 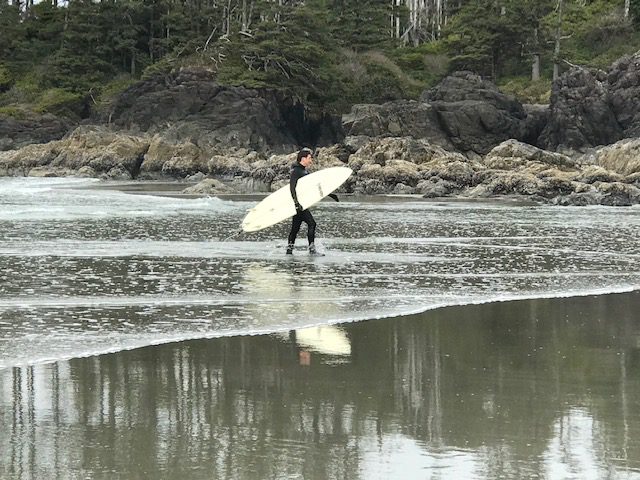 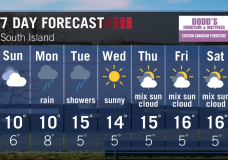 Rain on the way for Vancouver Island, with sunshine returning later in the week 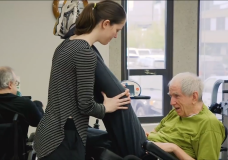 MOVE Adapted Fitness brings the benefits of exercise to every body