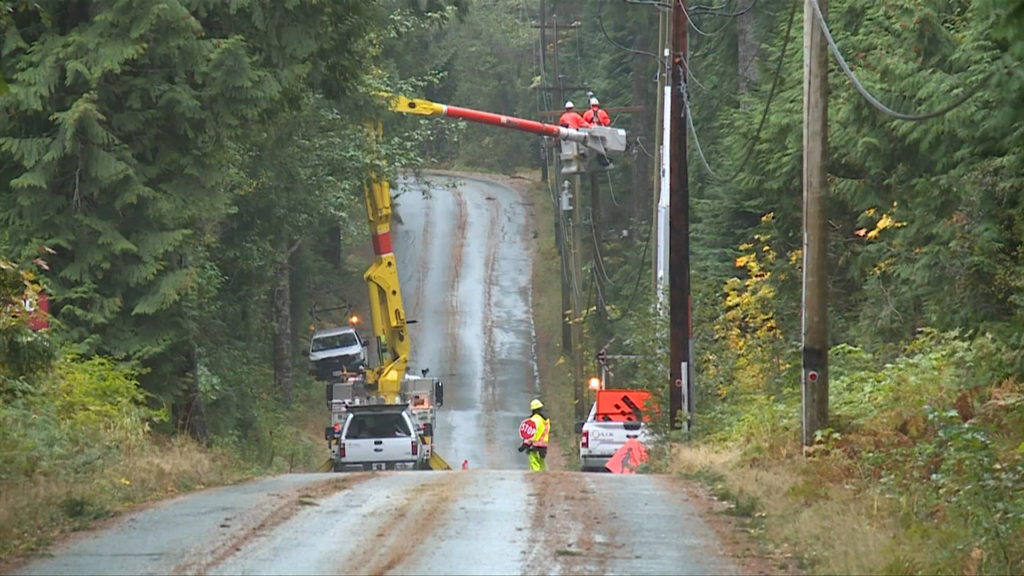 BC Hydro says it has restored power to 99 per cent of the 100,000 customers who lost power during Thursday’s storm, and its crews are working to restore power to the rest.

Across the province, there are still about 2,000 customers affected by power outages, according to BC Hydro’s outage list as of 8:45 a.m.

“Crews have been working around-the-clock to restore power, replacing dozens of spans of power line as well power poles, transformers and cross-arms,” BC Hydro said in a news release. “Crews will continue to work throughout the day and BC Hydro expects to have all remaining customers restored today – with the possible exception of small pockets of customers in more remote areas in the North.”

The weather service is warning of heavy rain and strong winds starting on Saturday night lasting until Sunday night.

“An atmospheric river will bring continuous rain and mild temperatures to the south coast from Saturday night to Sunday night,” Environment Canada says on its website. “Significant amounts of rainfall will fall during this period and rainfall warnings are likely to be issued as the event nears. The mild temperatures will elevate snow levels and precipitation along the highway passes will fall as rain.”

There are similar statements in effect for parts of the mainland. 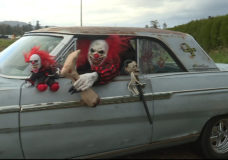 'It signifies my sobriety': Peninsula man says Halloween-themed car has changed his life 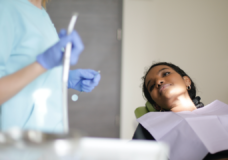