A new survey has found an increasing number of British Columbians are in favour of reducing speed limits in residential neighbourhoods.

A representative online survey found two-thirds of British Columbians, or 66 per cent, favour reducing the speed limit from 50 kilometres an hour to 30.

The pollster says the pandemic has shifted people’s feelings with more people working from home.

In Nanaimo, Tyler Brown is among the city councillors who have been advocating for such a move.

“The research is pretty clear that where there is an impact or collision, especially with a pedestrian or cyclist or in the most tragic circumstances, a kid, your chances of survival beyond 30 kilometres an hour or serious injury greatly decrease,” said Brown.

In Saanich, council wants to reduce its residential speed limits.

The pollster says 58 per cent of those surveyed on Vancouver Island supported the change.

“It is the lowest in all of the regions. The level is actually higher in southern British Columbia and the north in Metro Vancouver and the Fraser Valley,” said Canseco.

And it may also surprise you that the older generation is the most hesitant.

“The level of support for the lower speed limit in residential areas is actually higher with the 18- to 34-year-olds, then it’s a little bit lower with Generation X and it’s actually the lowest with the over 55’s,” said Canseco.

“I think it makes a lot of sense for kids and pets,” said Amy Finlay, a Nanaimo resident.

The online study was taken in early June and was statistically weighted for age, gender and region in British Columbia. 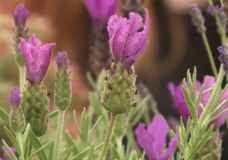 Get Up and Grow: What you need to know about deer-resistant plants 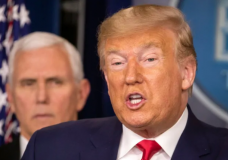