‘Polar opposite’: B.C. under drought conditions on anniversary of atmospheric river

Salmon returning to the Quinsam River Hatchery in Campbell River are still navigating lower-than-normal water this fall, a much different story from one year ago.

“Last year was a lot wetter, all of the local lakes were full,” said hatchery manager Ed Walls. “It was very wet at the end of October and then very elevated flows for quite a while.”

Areas north of Nanaimo were affected less by the atmospheric river in 2021, but it had already been extremely wet with storm after storm before that.

The Quinsam River flooded around the hatchery last fall, but now a year later the waters are a trickle in comparison.

“This is really a polar opposite of what we were dealing with last year at this time,” said BC Hydro spokesperson Stephen Watson.

In October and November of 2021 BC Hydro was spilling water from its dams because there had been so much precipitation.

“Here on the Campbell River system we were spilling water for about two weeks,” added Watson. “The month of November last year we had about 500 millimetres of rain and this year we’re seeing some of the lowest water inflows we’ve ever seen this time of year so it’s just a real drastic change.”

Also notable this year is the fact that drought conditions persist this fall across Vancouver Island, the lower mainland and the Sunshine Coast where it is still Level 4 drought when ‘adverse conditions’ are likely according to the BC Government.

“It’s really two things, the weather hasn’t really been that wet over the last couple of weeks and we’re still experiencing that longer-term several months of precipitation deficits so less rain than we typically see and that’s really driving low base flow in rivers,” said the head of the BC River Forecast Centre, David Campbell.

Considering Vancouver Island is halfway through what should be its wettest month, there is a lot riding on future storms coming our way.

“I’m sure we’ll see something but if they don’t come it’s going to put us in a tough spot for next spring, or next summer especially,” added Walls. “If we don’t get a decent snow pack that would be the biggest concern now.” 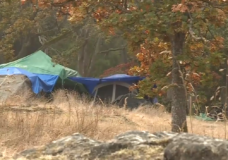 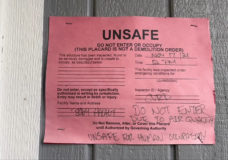