Pedestrian struck and killed along highway near Nanaimo airport

September 29, 2020 updated
Chek
WatchFirst responders on scene of a fatal crash in the Ladysmith area on Sept. 28, 2020.

A pedestrian was struck and killed along Highway 1 near the Nanaimo airport on Monday morning.

Police said just before 6 a.m. Monday, the Ladysmith RCMP supported by the Nanaimo Fire Department and BC Ambulance paramedics responded to the report of a collision involving a southbound vehicle on Highway 1 and a pedestrian south of the Nanaimo Airport.

When officers arrived at the scene, they found the pedestrian – a 37-year-old woman from Nanaimo. She had succumbed to her injuries.

BC Ambulance transported the driver of the small blue Nissan sedan to hospital as they had received non-life-threatening injuries, police said.

Ladysmith RCMP and the BC Coroners Service supported by the South Island Traffic Services, along with a Traffic Analyst, continue to investigate the collision.

Investigators are reaching out to motorists and pedestrians who witnessed or, may have video leading up to, the crash to contact the Ladysmith RCMP, Cpl. Chris Manseau, BC RCMP Division Media Relations Officer, said in a statement.

Southbound lanes of Hwy 1 were closed for several hours after the crash.

RCMP are asking anyone who witnessed the incident or observed the woman pedestrian walking her dog along Highway 1 prior to the collision to contact the Ladysmith RCMP detachment at 250-245-2215. 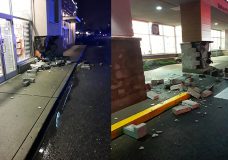 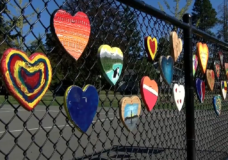