Hundreds of people marched and shouted messages from megaphones, pleading with Island Health to reconsider the location of a proposed safe injection site in the Cowichan Valley.

Island Health is planning to build a safe injection site known as the Wellness and Recovery Centre at 5878 York Rd., in North Cowichan. It would provide a range of services including primary care, harm reduction, overdose prevention and case management, according to Island Health, and would be steps away from the Warmland Shelter, which provides services to many addicts.

Although the proposed site would be in the middle of a neighbourhood where open-air drug use occurs regularly, it would also be located near a number of schools, including Cowichan Secondary, Duncan Christian, Alexander Elementary and Quamichan School, as well as the Cowichan Aquatic Centre and Cowichan Community Centre, formerly known as the Island Savings Centre.

On Saturday, a crowd of 300 people marched and protested demanding Island Health reconsider its decision.

“This is all about VIHA (Island Health) putting a safe injection site within 400 metres of 2020 kids in our community,” said rally organizer Florie Varga and mother of two. “It seems absolutely ludicrous that we have to fight this and what is more disappointing is no one is listening.”

The frustration is felt by even the youngest of residents.

Chloe Berthiaume, 8, said her dad was assaulted by an addict nearby and that she witnessed the entire incident.

“The person was hitting my Dad and he was being really mean,” said Chloe.

Travis Berthiaume, the eight-year-old girl’s father, told CHEK that the window was down in his vehicle when a man started punching him while his wife and two kids were in the vehicle. He said it’s unthinkable that his kids are not only experiencing violence, but witnessing drugs and prostitution out in the open, and fears a safe injection site will only make the situation worse.

“The governments need to step in and realize what’s happening,” said Travis. “I feel like they’re blind to what’s actually going on cuz they’re just in their offices.”

But not everyone agrees. In the middle of an opioid crisis, admitted addict Quinn Houston told CHEK News that the injection site is badly needed.

“A lot of them are young, very young,” said Houston. “They just don’t know what they’re doing and they’re doing it alone because they’re scared.

Houston said by the time a new site is found, more lives could be lost and that it isn’t ideal to be searching for a new location amid an opioid crisis.

“I would say that it’s probably at one of its worst times,” she said. 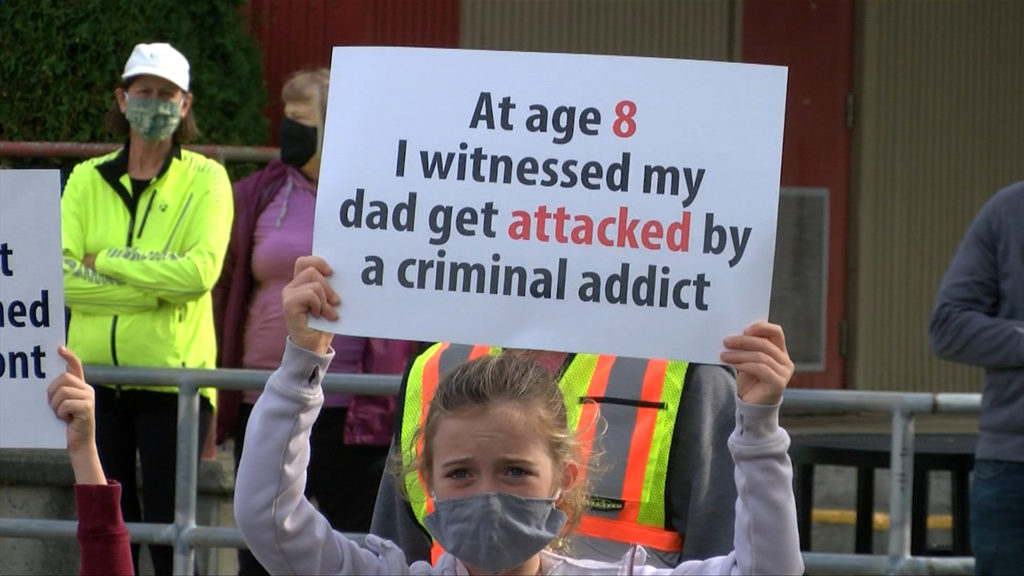 Chloe Berthiaume, 8, holds up a sign at a protest against a proposed safe injection in North Cowichan on Sept. 19, claiming her dad was assaulted by an addict. (Skye Ryan/CHEK) 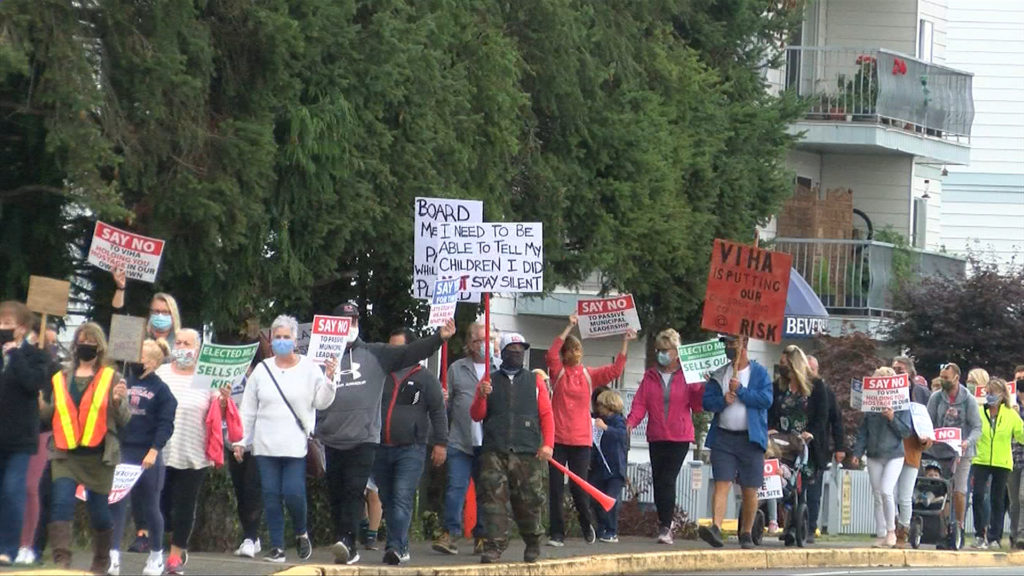 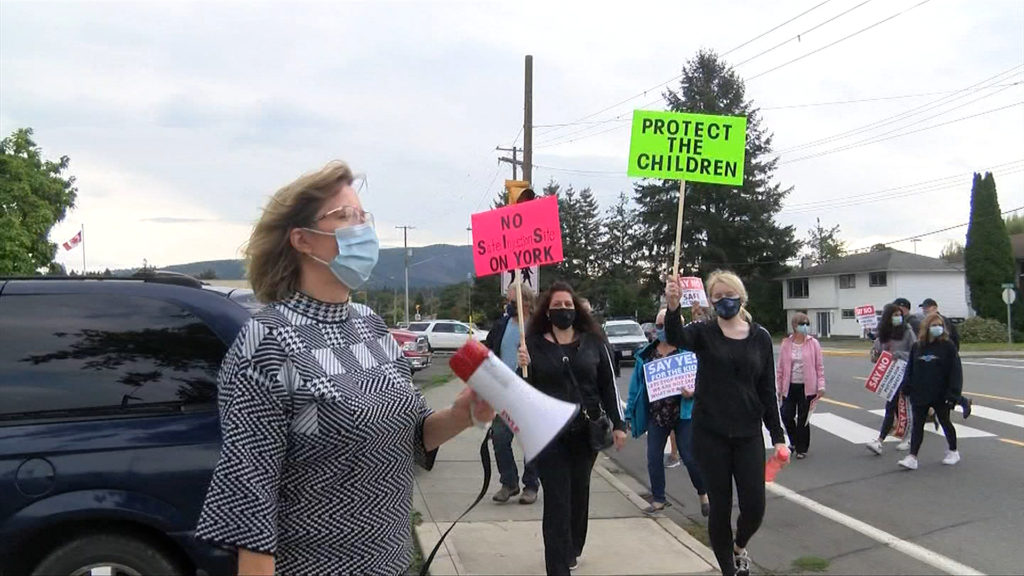 Protestors march on Sept. 19, calling on Island Health to reconsider the proposed location of a safe injection site in North Cowichan. (Skye Ryan/CHEK) 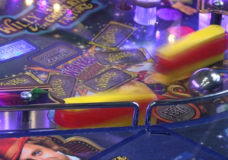 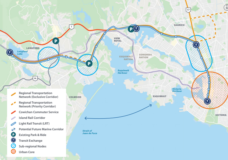