The intersection of the Pat Bay Highway and Keating Cross Road in Central Saanich has seen its share of bad crashes, a new overpass should go a long way to making it safer.

The federal($16 million) and municipal ($2.5 million) governments announced funding for the project on Monday, the province’s contribution is awaiting approval from the Treasury Board.

The plan calls for a new flyover overpass from the Pat Bay Highway northbound to Keating Cross Road westbound, eliminating the need for drivers to turn left across traffic.

Jonathan Wilkinson, the Minister of Fisheries, Oceans and the Canadian Coast Guard, made the announcement on behalf of the Government of Canada.

He was joined by Central Saanich mayor Ryan Windsor, who is also the Liberal candidate for Saanich-Gulf Islands in the October federal election.

“A new overpass will greatly improve safety at this busy intersection and will help prevent collisions,” said B.C. Minister of Tourism, Arts and Culture Lisa Beare on behalf of the provincial government.

“Our government looks forward to working with our federal partners and the District of Central Saanich as we launch the first phase of this important project.”

Provinces, territories to have input in future price of carbon tax, McKenna says 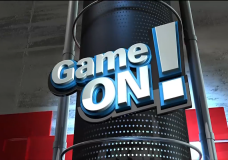