A driver of a crane truck was trapped in the vehicle after it knocked down power lines, but was able to be freed uninjured.

The incident happened in the 2200 block of Millstream Road in Langford.

Chris Aubrey, Langford Fire chief, says the driver was trapped because the power lines were on the truck.

“Driver was trapped for a time inside the cab due to the power lines being on top but he is free now and uninjured,” Aubrey said. “RCMP and Langford Bylaw are assisting with traffic control as we make sure that the area around the power lines remains clear.”

He says one hydro pole was knocked down.

Cpl. Nancy Saggar, media relations officer with West Shore RCMP, says the power lines were hit by a truck with its boom extended.

“The power lines were taken down by a truck with its boom up (crane was not retracted as it should have been), causing it to take down the power lines in the area,” Saggar said in an email to CHEK News.

Ted Olynyk, spokesperson with BC Hydro, says crews are on scene, but they are waiting for crews with additional equipment to help put the pole back up.

He says there is not yet an estimated time that the additional crews will arrive, or for when power will be restored.

@WestshoreRCMP currently at downed power lines on Millstream Rd. Millstream Rd is closed from Treanor Ave to Bear Mountain Parkway. Expect traffic delays. We will let you know when it opens back up. #yyj #TrafficAlert

Due to this, the Sooke School District is advising parents that some school buses may be delayed.

We expect some of our bus routes that travel around Bear Mountain and Treanor Ave may be affected due to the downed power lines and crane near Home Depot.

Those routes are still running (except 27 and 37) today. They may just be delayed.

The district says Millstream Elementary will remain open and parents will be updated if power is not restored.

Millstream Elementary is still open this morning. We anticipate the power to be restored shortly.

We will update parents directly if the power does not come back on this morning.

One BC Transit route will also be on a detour around the affected area.

#YYJ #RiderAlert – Due to an MVI, R-52 is on the following detour (Westhills to Millstream/Treanor only):
52 Bear Mountain: from Millstream, right Hoylake, right Trainor, left Millstream to turn around.

Thanks for your patience!

WorkSafeBC tells CHEK News a Work Safe officer is attending the scene, but does not have further information to share.

This is a developing story, more details will be added as they become available. 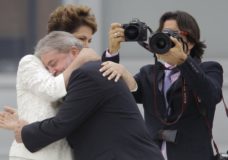 'Our phoenix': Lula's ups and downs in Brazil defy belief 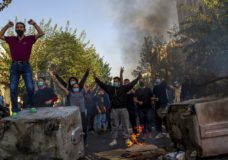