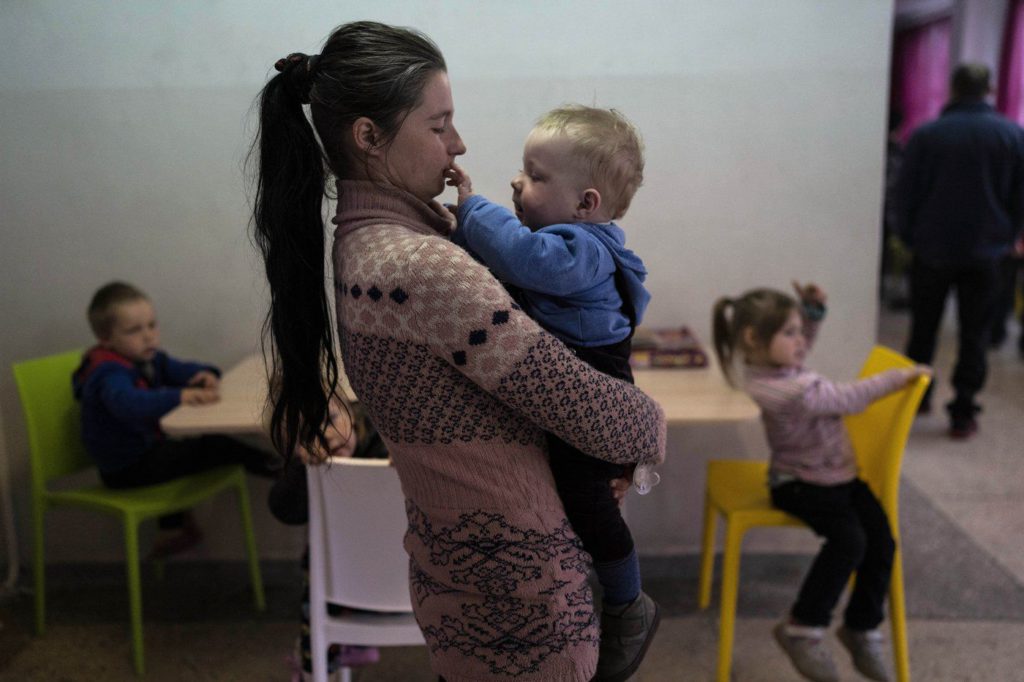 CHEK
Marta Fedorova holds her baby boy as her son Volodymir 6, and her daughter Violetta 5, right, sit inside a school that is being used as a shelter for people who fled the war, in Dnipro city, Ukraine, on Tuesday, April 12, 2022. Marta Fedorova with her husband and five children fled from the city of Bahmud. (AP Photo/Petros Giannakouris)

Mental-health professionals are volunteering their services to provide trauma support for Ukrainian Canadians and newcomers fleeing Russia’s invasion of Ukraine.

Shortly after the war started in late February, Alexandra Froese started hearing from Ukrainian Canadians who were looking for support as they watched and grieved their homeland under siege.

Froese, who was born and grew up in Ukraine, is a registered psychologist based in Saskatoon. She said while her parents still in Ukraine are physically unharmed, she is not immune to the grief Ukrainian Canadians are feeling.

She wanted to use her experience in the fields of trauma and grief to help her people.

“I feel empowered by what I can do or at least what I can try and do here.”

Froese started volunteering. She said she created a self-help workbook, written in Ukrainian, and supplied it to organizations helping people fleeing the eastern European country. She is also working with a volunteer group to build a website with mental-health resources that can be easily reached.

“After traumatic events, many of us can recover fairly quickly and maybe with minimal support. (This) is a little bit more about triage and triaging people’s needs.”

Dr. Dillon Browne, a Canada Research Chair in child and family clinical psychology at the University of Waterloo, has been tracking how social media platforms like Instagram and TikTok are presenting the war.

Browne has done extensive research on children’s mental health, including the effects of digital media.

He discovered that people in Ukraine are posting videos or livestreaming graphic attacks.

“There’s a lot of really heavy stuff out there,” Browne said in a phone interview with The Canadian Press. “That prompted me to wonder if there’s anything we can do.”

The level of vulnerability varies in people looking at war content online, said Browne. He emphasized that it’s not uncommon for children to have nightmares about troubling things they see in the media.

Browne decided to reach out to colleagues in Ontario to gauge their interest in volunteering their support. He found the response was overwhelmingly in favour.

“We were skeptical of whether there would be an appetite for this because of the fatigue everyone is going through (during the COVID-19 pandemic),” he said. “It seems to be that (the invasion) reignited something in people because it is such an egregious, terrible situation.”

The Canadian Psychological Association has picked up on Browne’s initiative and is developing a roster of psychologists across the country who are willing to donate their services to Ukrainian Canadians feeling distressed about the war.

The association says there are significant barriers to psychological services in Canada, including ones related to insurance coverage, supply and wait times.

Elsewhere in Canada, efforts to mobilize mental-health support for Ukrainians coming to Canada are underway.

The Psychologists’ Association of Alberta has tasked one of its members to put together a directory of mental-health supports for newcomers. It is also urging psychologists who wish to volunteer to contact the Canadian association.

The Centre for Refugee Resilience, through the Calgary Catholic Immigration Society, is helping people who are supporting Ukrainian families. The centre helps immigrants, refugees and their families who may be dealing with trauma.

The need for groups to work together to ensure mental-health supports are included in resettlement efforts points to a larger issue, Browne said — a lack of publicly funded mental-health programs in the country.

“The fact that we have to do something like this tells you that our system is broken.” 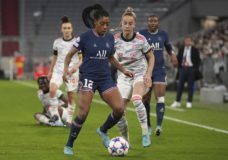 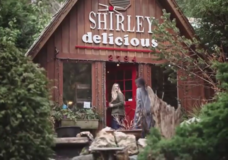 Road to Recovery: Tourism for community and the planet