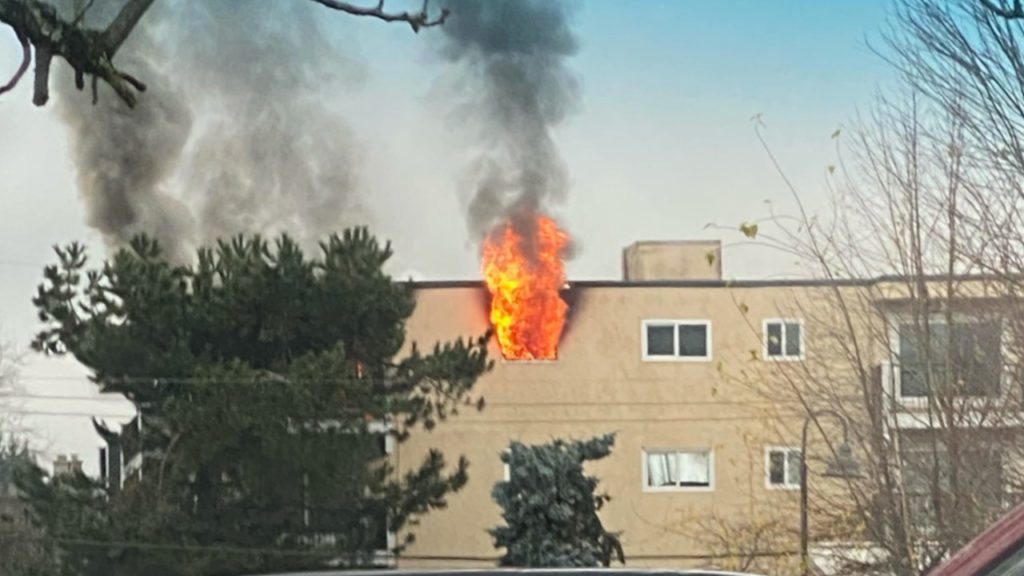 Samuel Muenzler
Flames shoot out of a fourth floor window at an apartment building on Lewis Street in Duncan.

The BC Coroners Service has confirmed to CHEK News that one person has died following an apartment fire in North Cowichan earlier this week.

In an e-mail written to CHEK, the Coroners Service said that they have been notified of at least one death relating to the incident.

“We are currently investigating to determine all of the facts. As per the Coroners Act, to protect the privacy of the deceased, we cannot confirm or release identification,” the service said.

The fire engulfed the top level of the four-story apartment building on Lewis Street, near the McDonalds and beside the B.C. Ambulance Emergency services building in North Cowichan.

According to BC Emergency Health Services, eight people were medically treated following the fire.

BC EHS told CHEK News that it dispatched ten ground ambulances and one air ambulance to the scene.

“Paramedics cared for multiple patients onsite before transporting six patients in stable condition and one patient in serious condition to the hospital by ground,” said BC EHS.

Additionally, one patient, who was in critical condition immediately following the blaze, was cared for by the Critical Care Team and flown by air ambulance to a higher level of care facility.

It has not been confirmed at this time whether the person in critical condition was the same person who perished from the fire.

2020 in sports: photos that defined an unforgettable year