As B.C.’s South Coast continues to clean up after another storm this month, conditions remain so dry that Vancouver Island is still considered to be in a drought — in December.

This past November, Victoria recorded just under 85 millimetres of rain, according Environment and Climate Change Canada

That’s far from the typical monthly rainfall of 152 millimetres for the region, and not even close to the record-breaking 316 millimetres seen around this time last year as three atmospheric rivers drenched the South Coast, said meteorologist Bobby Sekhon.

“Certainly November, though, it didn’t live up to be its average wettest month of the year,” Sekhon said.

Already this year coastal British Columbians have seen record-breaking drought through the summer, with fall’s dry spell resulting in a late fire season. As of Dec. 1, all of Vancouver Island remains at a Level 3 drought warning, meaning “adverse impacts to socio-economic
or ecosystem values are possible.”

The Coastal Fire Centre reports there are still 11 “holdover fires” on the Island burning in inaccessible areas. Most are expected to burn out over the winter.

While there are still wet months ahead, it’s another indication of a dry year.

“We could still get these Pineapple Express, atmospheric rivers bringing warm, moist air to the coast,” said Sekhon. “And so we’re certainly we’re not out of the wet season quite yet. There is still more ahead. It’s going to be one of those, we keep an eye on the forecast moving forward,” Sekhon said.

The forecast is calling for another storm system to come through the region next week, but just how much precipitation will fall is still unknown.

As for the next round of snow expected on the South Island, a fleet of City of Victoria vehicles is prepared to jump into action if the flurries start to fly on Friday.

“The next 24 hours we’re expecting pretty much what we have now; clear and cold. minimal precipitation. So we’ll have our crews brining for this afternoon in prep for tomorrow’s potential precipitation in the morning, light scattered flurries potentially,” said David McAra, manager of City of Victoria street operations for public works.

He said there are five dedicated trucks ready to roll.

“Currently the forecasting is very similar to what we have now. It’s going to stay cold, sub-zero. They are not forecasting a lot of precipitation, if any, for this area. Maybe some trace flurries tomorrow morning,” McAra said.

Under-whelming precipitation levels, typical of this year so far.

WATCH: ‘It’s a shocker’: Island residents still in the dark from ‘non-stop snow’ and power outages 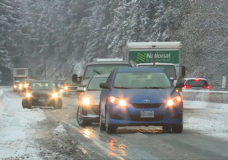 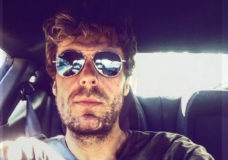