WATCH: While there are no plans for a train to run along the E&N corridor anytime soon, plans are underway to continue building the cyclist and pedestrian trail along the corridor and construction for a new section will begin in the fall. Luisa Alvarez has the details.

The train station in Langford is falling apart because it hasn’t been maintained, much like all the infrastructure along the E&N corridor.

Langford Mayor Stew Young says it’s frustrating to see since municipalities are forced to spend millions to maintain the rail crossings when no trains actually cross.

“I’m watching the track deteriorate to just so bad beyond repair right now I don’t even think you can run a train right now on it without spending a hundred million dollars. We’re concerned now that this has gotten to such bad shape now that the opportunity will be lost,” said Young.

And while we don’t know if that’s true, we do know the E&N Rail Trail Humpback Connector is well underway to accommodate cyclists and pedestrians.

The section of Maplebank Road to Hallowell Road is almost complete and come this fall construction will begin from Atkins Avenue to Savory elementary school.

“This one-kilometer section will connect those pieces and we will have a continuous rail trail that will go from Jacklin road to Esquimalt road in Victoria and that will be approximately  a 10 kilometre section of trail,” said Macintyre.

The E&N corridor is still officially an active railway and the entire $36-million dollar project is being built with that in mind.

“Should there be a train running on the tracks again there is enough room on the corridor for cyclists and pedestrians to be walking along the regional trail and a train to be operating,” said Macintyre.

The trail from Atkins to Savory School is expected to open in the fall of 2019.

More details on the project can be found on the CRD website. 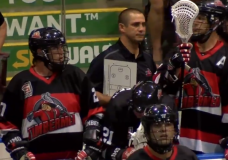 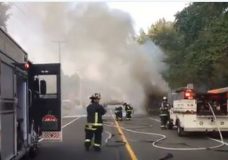