WATCH: The West Shore will soon be home to a new private school. The school is set to open this coming September and will be a sister school to the current Brookes campus in Shawnigan Lake. It will also be part of the International Baccalaureate network. Luisa Alvarez reports.

Royal Roads University in Colwood is getting a new neighbour.

The Brookes West Shore is part of the International Baccalaureate private schooling system and will welcome 300 students from Grades 6-12 at its 70,000 sq ft campus.

Construction for the school has been underway since July 2017 and is slightly ahead of schedule. It will be completed for the opening this upcoming school year.

“It’s that growth that makes it attractive to come to the West Shore because it’s hard to keep up with enough schooling and options for students in such a fast-paced and growing community,” Salvador said.

In addition to the Shawnigan Lake campus, Brookes has campuses in Cambridge, U.K., Seoul, South Korea, and Silicon Valley, California. They are also opening one in Moscow in 2018 and Bangalore, India in 2019.

Students will be able to take part in exchanges between campuses as part of their schooling and its one of the differences that Salvador says sets them apart.

“It’s important to really get a global vision to understand how different countries see things and to meet people from different areas and meet students who are undergoing the same program but with a different background,” said Salvador.

But at $14,000 – $16,000 dollars a year for tuition, not including room and board, this kind of education clearly doesn’t come cheap, which is why Salvador says they’re offering a 10 per cent discount to founding families. 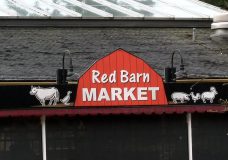 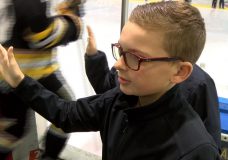 The Westhaver brothers playing different roles for the Victoria Grizzlies