Development is what Langford has become known for over the years, but a new political group wants to change that.

Langford Now, a grassroots citizens’ organization, which according to its website, has been formed in an effort to support council candidates who are “committed to a Langford that is governed democratically, sustainably, and transparently.”

Corrina Craig of Langford Now said the whole idea behind the group is to breathe new blood into Langford municipal politics with independent candidates running under its banner.

“Langford Now was born of a desire for change in Langford,” she said.

In their bid to create political change, Langford Now has announced two candidates — Colby Harder and Mary Wagner — will be running under their banner for city council in the upcoming Oct. 15 municipal election. They also have plans to field two more candidates, who have yet to be announced.

“I started looking into what was going on in Langford. Because it felt different. The normal rate of development, the normal growth of a city, was sort of accelerating. And I didn’t see that there was enough green space,” said Wagner.

“We need to have new perspectives and I believe now is the time. Now is the time for someone new to step up to make their voice known,” she said.

First elected mayor 29 years ago when 20-percent of the municipality’s residents were unemployed, Stew Young doesn’t mince words about what it takes to takes to build a community.

“If you stop development, you kill jobs. There are 10,000 jobs in Langford. You want to be a job killer? This is what this group is talking about,” said Young, who has not stated publicly whether he will be running in the upcoming election.

David Black, a historian with expertise in media and cultural theory at Royal Roads University, said Langford Now has an uphill battle.

“Incumbency is a very strong feature in municipal politics. It is a gravitational force greater than at the provincial, or federal level,” said Black. 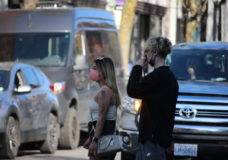 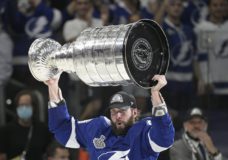 Here's a look at the most Stanley Cup wins by franchise