New path for justice charted for BC First Nations in Nanaimo

Its goal is to address the much higher incarceration rates of indigenous peoples by taking a First Nations-led-more community and holistic approach to dealing with offenders.

“It’s a bold initiative and strategy that we have crafted together. This isn’t tinkering at the edges or dealing with marginal shifts or changes,” said Douglas White III, the BC First Nations Justice Committee’s Chair.

“This is about fundamentally reimagining the criminal justice system in a new modern mature way that reflects the realities that we’re faced with.”

Those realities include a much higher proportion of indigenous people behind bars.

Public Safety Minister Mike Farnworth says 30 years ago 10 per cent of inmates in B.C. jails were Indigenous. That number now stands at 30 per cent.

Changes will include reducing the number of Indigenous people in the criminal justice system, improving the experience for those who are involved and to support First Nations across B.C. in restoring their traditional Indigenous justice systems.

That will involve establishing 15 regional First Nation Justice Centres around the province and diverting First Nations people from the court system whenever possible.

The first three centres are being established in Prince George, Prince Rupert and Merritt.

“We are in fact taking concrete steps to acknowledge past wrongs, to learn together, to achieve better justice outcomes and literally save lives,” said Farnworth.

The strategy has been approved by the BC Assembly of First Nations, the Union of BC Indian Chiefs and the First Nations Summit. 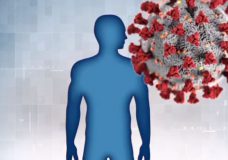 What are the symptoms of novel coronavirus to watch for? 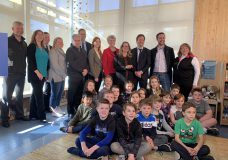