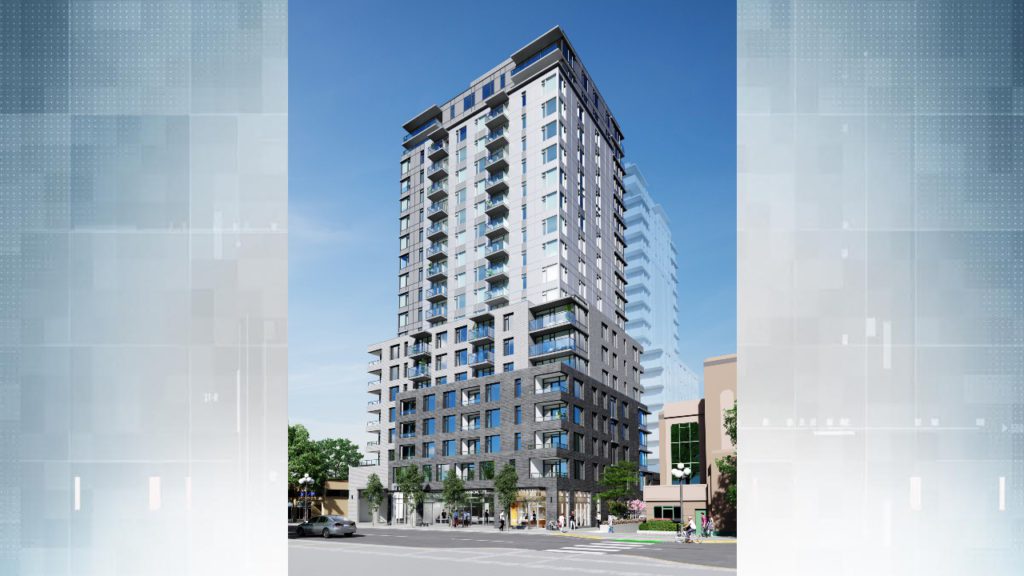 Construction is now complete on a new 135-unit condo tower in downtown Victoria which will create home options targeted at middle-income families and individuals.

The new building, located at 845 Johnson St., is called Vivid at the Yates and, according to the Province, will provide “below-market homes designed to be affordable” for families and residents in the middle-income range.

The building itself is 20 storeys tall and has units that include one-bedroom, one-bedroom-plus-den and two-bedroom homes.

“Affordable housing for middle-income British Columbians is a priority for our government, and this pilot project is one example of the important work that can be done in partnership with the private sector to achieve that goal,” said David Eby, Attorney General and Minister Responsible for Housing.

“The opening of these new units is great news for the families that will benefit from this project and get a chance to own their own home, which they might not otherwise have had.”

The project was completed by Chard Developments and cost the Province approximately $52.9 million through the utilization of a low-interest construction financing loan.

The government says that by using a lower interest rate to finance the new project, the developer was able to pass the savings on to qualifying buyers so units could be purchased at below-market prices.

“We have always worked to build Victoria in a sustainable and economically viable way,” said Byron Chard, president and CEO, Chard Development. “Vivid represents our ninth residential development in Victoria, and we are proud to have provided homes to people who may not have otherwise been able to step into homeownership.”

The Province of B.C. says that homes at the new condo tower sold for an average of 12 per cent below market rates at the time of purchase.

Buyers who were looking to purchase homes in the building had to be Canadian citizens or permanent residents who have lived in British Columbia for 12 months prior to the sale and could not own property anywhere else in the world in order to be eligible.

“Our government is committed to providing a variety of options across the housing spectrum to meet the needs of people in British Columbia,” said Grace Lore, MLA for Victoria-Beacon Hill. “Thanks to our partnership with Chard Developments, this building will provide families and individuals in Victoria with new affordable homes in their community.”

The average household income for qualifying buyers was just over $60,000.

The government says that at this time all units have been sold and owners will start moving into their new homes this month.

The success of the project has prompted Chard to explore building a second similar building in Victoria through BC Housing’s HousingHub: Affordable Homeownership Program.

A map with all other provincially funded housing projects in B.C. is available here: https://www.bchousing.org/homes-for-BC 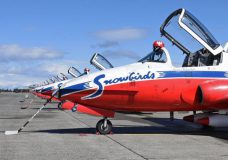 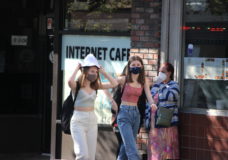