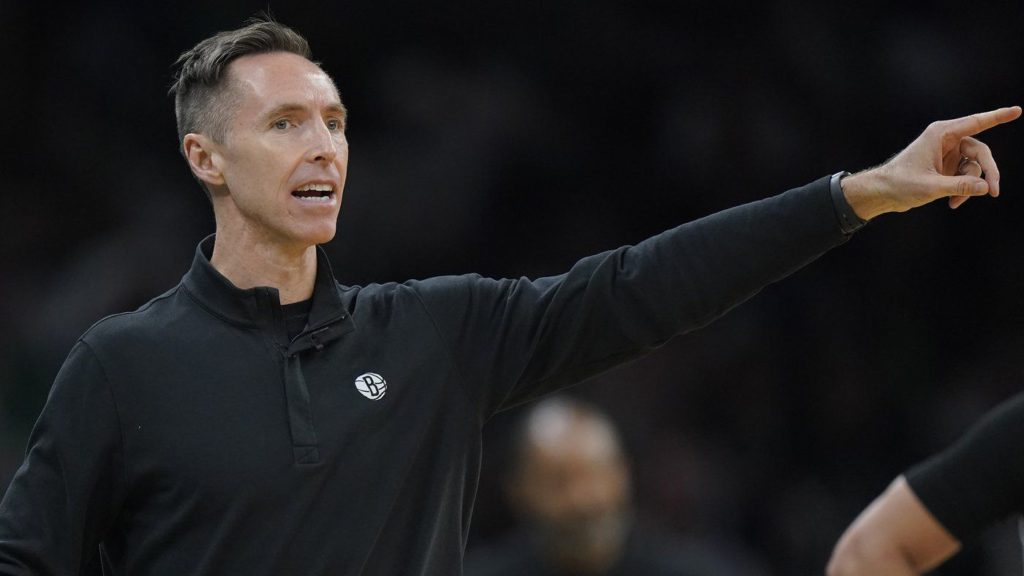 THE CANADIAN PRESS/AP/Steven Senne
Brooklyn Nets head coach Steve Nash shouts from the bench in the first half of Game 1 of an NBA basketball first-round Eastern Conference playoff series against the Boston Celtics, Sunday, April 17, 2022, in Boston.

Canadian head coach Steve Nash is out in Brooklyn after a disappointing start and more controversy surrounding Kyrie Irving.

The Nets said in a release that the franchise mutually parted ways with the two-time NBA MVP and basketball Hall of Famer.

Brooklyn, considered a title contender at the start of the season with stars Kevin Durant, Irving and Ben Simmons on their roster, is off to a 2-5 start.

“Since becoming head coach, Steve was faced with a number of unprecedented challenges, and we are sincerely grateful for his leadership, patience and humility throughout his tenure,” general manager Sean Marks said in a statement.

“Personally, this was an immensely difficult decision; however, after much deliberation and evaluation of how the season has begun, we agreed that a change is necessary at this time.”

Nash thanked Marks and owner Joe Tsai in a statement, saying “it was an amazing experience with many challenges that I’m incredibly grateful for.”

Nash had no previous head coaching experience when he took over behind the Nets bench before the 2020-21 season. Before joining Brooklyn, he had been a player development consultant with the Golden State Warriors from 2015-2020.

The Nets made the playoffs in both his full seasons as head coach. But they were ousted in the first round of the 2021-22 post-season despite starting the season with a roster that included Irving, Durant and James Harden. Irving only played 29 games after declining to receive a vaccination against COVID-19.

Durant said over the off-season that he wanted Nash out before walking back his request. The Nets have been another mess this season, with bad play on the court and bad headlines off it.

The biggest — again — was created by Irving, who posted a link to an antisemitic work on his Twitter page last week, drawing criticism from Tsai.

Nash gave some his hardest criticism of the team during his tenure after their loss to Indiana on Saturday night. Much of that was ignored because the focus was on Irving’s combative news conference defending his tweet, and the Nets beat the Pacers in the rematch Monday to end a four-game skid.

Nash was diplomatic in his farewell statement, saying “it was a pleasure to work with the players, performance team and front office every day.”

Nash averaged 14.3 points and 8.5 assists and shot 42.8 per cent from three-point range over 18 seasons as a star point guard with Phoenix, Dallas and the Los Angeles Lakers.

He retired after the 2013-14 season and was inducted into the basketball Hall of Fame in 2018.

Born in South Africa and raised in Victoria, Nash represented Canada internationally multiple times, most notably as the motor of the Canadian team that finished seventh at the 2000 Sydney Olympics.

— With files from The Associated Press.

This report by The Canadian Press was first published Nov. 1, 2022. 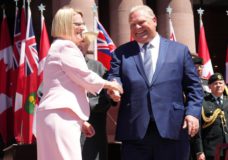 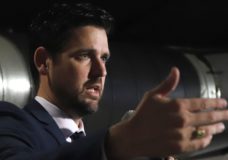