File Photo
The Nanaimo RCMP are seeking witnesses to a single-vehicle crash that occurred in the early morning of Dec. 16.

The Nanaimo RCMP are seeking witnesses to a single-vehicle crash that occurred in the early morning of Dec. 16.

In a police report issued on Wednesday, police say the crash happened at around 3 a.m. on Thursday morning in the vicinity of Departure Bay Road and Wassell Way.

According to police, officers received a report from a caller who claimed to hear “several loud crashes and then a thud.”

When police officers arrived at the scene, they found a black Ford Escape with significant front-end damage.

A 37-year-old female was on the scene and police determined she was the sole occupant of the vehicle.

Investigators believe that the vehicle was been driven over the sidewalk, continued through some shrubbery then came rest against a large business sign.

The woman was transported to hospital by Emergency Health Services with non-life-threatening injuries.

The woman driver was issued with a 24-hour driving prohibition and violation ticket for Drive without Due Care, both issued under the Motor Vehicle Act, note the RCMP

“Investigators are seeking any witnesses to this crash and in particular anyone who may have seen the vehicle being driven in an erratic manner prior to the crash,” said Constable Gary O’Brien of the Nanaimo RCMP. 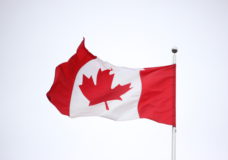 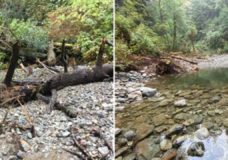