‘It was heartbreaking:’ Nanaimo landlord flooded with pleas for his apartment

Posted: Sep. 3, 2020 6:18PM
CHEK
WatchThe critical shortage of affordable rental housing in Nanaimo has property owners having to turn hundreds of people away from a single suite to rent.

Michaela Robinson said she feels like she has won the lottery after finally finding an apartment in Nanaimo where rentals are proving harder to find than some say ever before.

“It feels so, so, so good,” said Robinson, a new resident of Nanaimo.

“Absolutely it was so difficult. It was just a lot of nos.”

The 22-year-old and her boyfriend just moved into a university-area apartment after taking the biggest risk of their young lives.

“Yeah we both lost our jobs during COVID,” said Robinson.

“So instead of staying in Ontario it was the perfect time to branch out and move to a new place.”

They are part of a huge wave of people who are desperate to find affordable rentals in Nanaimo.

Mark Holland owns a two-bedroom Nanaimo apartment and said when he listed it for rent online this week, he was shocked by the outpouring and pleas for the property.

“We were blown away by the number of people who desperately wanted to see it,” said Holland, a planner and a Vancouver Island University professor.

He received over 100 applications within 48 hours from young families with strong references to seniors begging for the apartment.

“It was alarming. It was worrying. It was heartbreaking,” said Holland.

“[People with] Solid jobs. Jobs they’d been at for years. These weren’t people on welfare, these were people who are the backbone of our community and the stories they’ve been communicating to us, they just cannot find apartments.”

Holland is also a planning and real estate development expert and says this indicated to him that Nanaimo has a critical problem on its hands as people find themselves priced out of Vancouver and Victoria and are increasingly turning up on Nanaimo’s doorstep.

“The next 10 to 20 years the growth rate of Nanaimo isn’t going to slow down,” said Holland.

“It’s going to speed up because all these other areas have become so expensive.”

The City of Nanaimo said 800 rental units are currently under construction or nearing completion.

“The good news is that it has spurred incredible development in our community which is also buoying our construction industry,” said Nanaimo Mayor Leonard Krog.

Holland doubts the units will be ready in time for the many people that he’ll have to turn away from his suite when he chooses that one lucky applicant. He wonders where they will all turn to in a rental market that has so little room to move in. 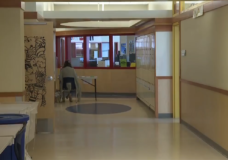 Potential teacher job action not off the table, BCTF says 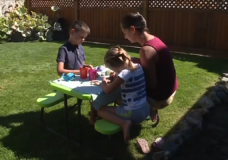 Parents of autistic children worried about B.C.'s back to school plan