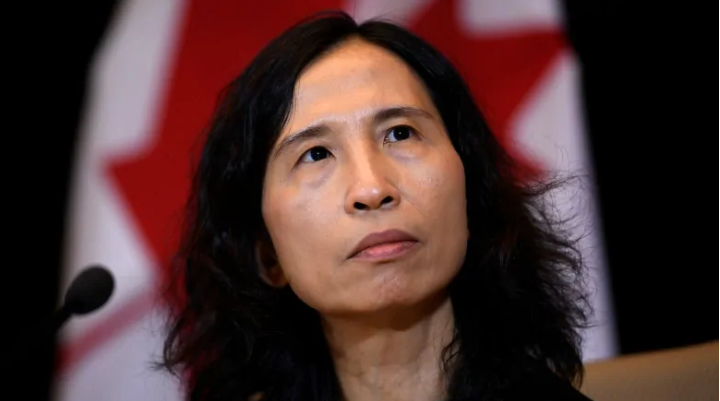 Canada’s top public health officials say the risk posed by monkeypox is low, but nearly everyone in the country is susceptible because routine vaccination against smallpox ended decades ago.

The first two cases of the virus in Canada were confirmed in Quebec on Thursday, but chief public health officer Dr. Theresa Tam says a couple dozen possible cases are being investigated and the federal public health agency still does not know how widespread it might be.

Two of the cases were reportedly located in British Columbia, according to the Public Health Agency of Canada, however, the BC Center for Disease Control (BCCDC) interviewed the two individuals and says that upon investigation, it was determined that they were not considered contacts of cases as they had not been exposed.

“No suspect cases or contacts of monkeypox are under investigation in B.C. at this time,” notes the BCCDC. “B.C. continues to work closely with the Public Health Agency of Canada and public health will follow up with anyone thought to be exposed to monkeypox.”

Monkeypox is typically milder but in the same family of viruses as the now-eradicated smallpox, and can cause fever, headache, muscle aches, exhaustion, swollen lymph nodes and lesions.

The Public Health Agency of Canada says it is spread through prolonged close contact, including through direct contact with an infected person’s respiratory droplets, bodily fluids or sores, and is not very contagious in a typical social setting.

According to Dr. Tam, samples from the possible cases have been sent to a national testing set and are currently under investigation.

Canada’s top doctor did indicate that most of the potential cases are not linked to travel to Africa where the disease is ordinarily seen so this rise in cases around is unusual. Health Canada’s plan is to let Canadians know the potential risks as more information is learned.

Monkeypox is typically milder than smallpox and can cause fever, headache, muscle aches, exhaustion, swollen lymph nodes and lesions all over the body.

There is global evidence that smallpox vaccines can offer protection against monkeypox, and Tam says Canada does maintain a small stockpile of doses in case of a biological incident.

Tam’s deputy, Dr. Howard Njoo, said this means everyone is susceptible to monkeypox.

“I would say, generally, the entire population is susceptible to monkeypox,” Njoo said Friday.

Canada does keep a small stockpile of smallpox vaccine in case of a biological incident, like a laboratory exposure.

A smattering of cases in the United Kingdom prompted that country to begin offering the vaccine to health workers and close contacts of confirmed cases.

“Quebec had some interest in terms of the contacts so that is under discussion right now, but of course, we need to know some of the epidemiology as quickly as possible,” Tam said.

She would not say how many doses of the smallpox vaccine Canada has available, citing security reasons.

Public Services and Procurement Canada put out a tender last month to purchase 500,000 doses of the Imvamune smallpox vaccine on behalf of the Public Health Agency of Canada from 2023 to 2028.

Health Canada has also approved that vaccine, from Danish biotech company Bavarian Nordic, for use to prevent monkeypox.

The company announced Thursday it had secured a deal with an unnamed European country to supply its vaccine in response to monkeypox cases.

There is still a sense of mystery surrounding the sudden appearance of the virus in Canada, the U.S., Australia and several parts of Europe.

“Not many of these individuals are connected to travel to Africa where the disease is normally seen, so this is unusual. It’s unusual for the world to see this many cases reported in different countries outside of Africa,” Tam said.

Canadian health systems are casting a wide net in their search for more cases, she said, because there is not enough known about why the virus is suddenly cropping up around the globe.

“There’s probably been some hidden chains of transmission that could have occurred for quite a number of weeks, given the sort of global situation that we’re seeing right now,” she said.

Njoo said global public health authorities need to be open to the idea that monkeypox is evolving, and transmission may have changed as well.

For now, samples from suspected cases are being sent to the National Microbiology Laboratory in Winnipeg, but PHAC is working with provinces to set up more local diagnostics. 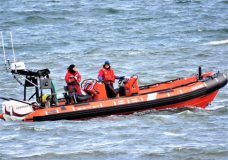 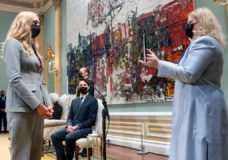