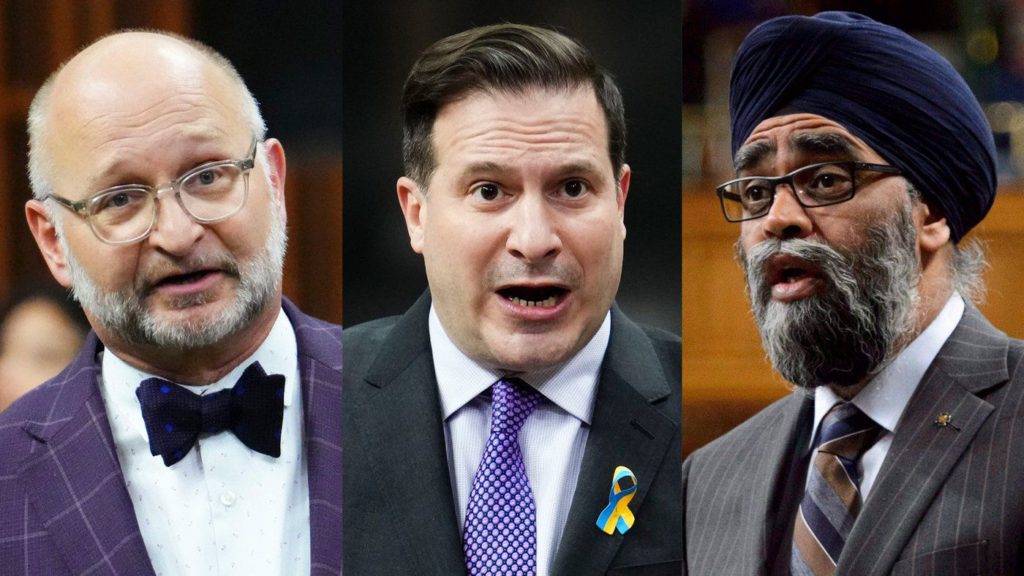 THE CANADIAN PRESS/Sean Kilpatrick-Adrian Wyld
Minister of Justice and Attorney General of Canada David Lametti, left to right, in this three-photo composite image, Public Safety Minister Marco Mendicino and Minister of International Development Harjit Sajjan are pictured during question period on three separate days in the House of Commons on Parliament Hill in Ottawa.

Three Liberal ministers have declined invitations to testify at the Senate as the upper chamber probes why Canada still won’t allow humanitarian workers to help in Afghanistan.

The Senate’s human rights committee is expected to begin hearings Monday on federal anti-terrorism rules that bar aid groups from working in Afghanistan.

The Taliban took over Kabul in August 2021, and humanitarian groups say that Canadian officials advised them not to pay people in Afghanistan or buy goods there, because paying taxes could count as supporting a terrorist group.

Members of Parliament heard about the issue in early January and recommended in a June report that Ottawa follow its allies — and the United Nations — by amending laws to clarify that delivering aid will not lead to prosecution.

Prime Minister Justin Trudeau provided no explanation for what is taking so long when he was asked about the issue on Friday.

“We need to try and figure out how to get aid to communities and individuals who are hurting in Afghanistan, without supporting and funding the terrorist organization that is their government right now,” he told reporters in Vancouver.

“It’s a complex situation. We have a number of allies who’ve moved forward on it, and we are looking to do the same,” he said.

He added that this must be done “in a way that doesn’t support or embolden the government that is busy oppressing and doing violence” to Afghans.

Senior legal experts such as Kent Roach have argued that Ottawa is misinterpreting its own laws, given that the federal government has admitted that the Taliban is governing Afghanistan and it is in regular talks with the regime.

Roach is one of six advocates and lawyers set to appear at the Senate committee hearing on Monday.

But all three ministers declined to appear.

“Unfortunately, Ministers Mendicino, Lametti and Sajjan had prior commitments when they’d received the invitation … and therefore won’t be able to appear at this time,” Mendicino’s spokeswoman, Audrey Champoux, said in an email.

Instead, three bureaucrats from the Department of Justice and Public Safety Canada will take questions Monday.

A global grassroots group, End Afghan Starvation, has asked Trudeau to revise “the ceaseless blockade of humanitarian assistance to Afghanistan,” saying the policy amounts to “collective punishment” of the country’s 40 million people.

“As a longtime ally to Afghanistan, we are calling on Canada to once again meet the moment by providing essential humanitarian assistance to save Afghan lives, regardless of the political circumstances,” the group said in an open letter.

The United Nations has raised the alarm as a harsh winter sets in with millions of people lacking access to adequate food or water. A collapsing economy and rising food prices mean families are spending 75 per cent of their income on food, the UN says.

Half the country’s population is now categorized as being at an crisis level of food insecurity, including six million people formally at risk of famine.

“They will have little food, little fuel — and they will struggle to keep their children warm and fed,” Joyce Msuya, the UN’s deputy emergency relief coordinator, told a Security Council meeting last month.

“What was an already desperate humanitarian situation across the country throughout this year will only get worse.”

The International Committee of the Red Cross has reported a spike in cases of child pneumonia and child malnutrition in the country.

This report by The Canadian Press was first published Dec. 3, 2022. 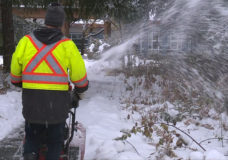 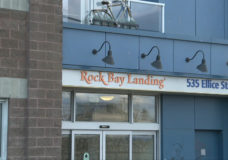 Overnight warming centres in Victoria to operate due to cold weather