Posted: Aug. 11, 2020 6:28PM
CHEK
WatchA problem bear that's been killing sheep in Metchosin appears to have struck again and this time it was caught on video returning to its prey. The district's mayor says BC Conservation isn't doing anything about it, putting the community at risk.

Bev Bacon has 30 sheep on her farm in Metchosin and she had sent three of them over to graze the lawn at her friend’s home.

They had been there since March and all was going well until Bacon got a call the Sunday before B.C. Day, Aug. 3.

“There had been a sheep killed overnight and so I went over right away,” she said.

Bacon arrived to a gruesome scene. The dead body of her sheep had been torn apart by a bear.

“We could see on the fence where the bear had come in and there was bear hair there,” she said.

Based on the way the sheep was killed and the traces of bear hair, they determined the culprit was the same large black bear that had been preying on other sheep in the area.

“In the last month, the bear has killed nine [of my] sheep,” said Buchanan. “And about 16 in the community.”

Buchanan and Bacon asked one of their neighbours, Gary Schroyen, to put a wildlife camera on the fence next to the sheep carcass just in case the bear came back that night.

“Then we phoned desperately to get the conservation officer to come because this was a problem bear that’s been killing a lot of sheep in Metchosin,” said Bacon.

But no one came and the bear did return that night. The opportunity to catch him was lost.

Buchanan said he has to pull his sheep out of pastures to protect them, at a cost to his livelihood.

“If we have to pull out of pastures, we lose resources,” he explained. “If we have to feed them hay, they don’t cover their costs. It’s a matter of being able to keep them out on pasture to keep this business successful.”

Although the community is used to bears, this one, in particular, has the district concerned.

“We have a bear now that is killing in a very vicious fashion and a very frequent fashion,” said John Ranns, mayor of Metchosin, adding that he’s now worried about the safety of residents. “The bottom line is are we going to have to wait until someone, like a child, gets killed before they do something about it? I’m not prepared to take that risk for residents of my community.”

Ranns wrote a letter to BC Conservation on July 16 expressing his concern and demanding action to track down and destroy the bear. Ranns said he was told they would address the problem, but since then, multiple attacks have occurred and the bear still roams free.

“One of the problems is they seemingly are refusing to use dogs and in our experience, dogs are the only effective way of actually catching the bear that has [created] the problem,” said Ranns. “We have other bears in the community, of course, that aren’t causing a problem and it’s this particular bear that needs to be destroyed.”

In a statement to CHEK News, the BC Conservation Officer Service said they “rarely ever use tracking dogs when responding to bear conflicts” because it’s not the most effective method and can pose additional safety risks.

Live trapping using a variety of techniques, they said, is a much “safer and effective” option.

The BC Conservation Officer Service added livestock management techniques, such as installing an electric fence, locking up sheep in a barn overnight and using guardian dogs, are always encouraged to help prevent bear conflicts.

But farmers say that isn’t always easy or possible to do.

“We’ve got electric fences on large areas and it does help,” said Buchanan, who has 275 sheep and 600 lambs. “But we have more than 10 miles of fence and to put up that much electric fence and maintain it… it’s not feasible. And guardian dogs with 30 properties, not feasible either. Thirty dogs all barking in the community.”

Bacon hopes to work with BC Conservation to come up with a solution that works, whether that’s volunteers helping conservation officers or buying a community live trap that would stay in Metchosin.

“I feel hopeful that we can come up with a made-in-Metchosin solution,” she said.

The BC Conservation Officer Service has not euthanized any bears in Metchosin this fiscal year. 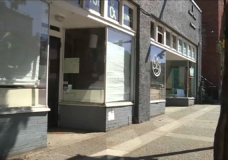 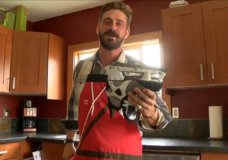