The incumbent mayor in the Highlands has been acclaimed, and nine candidates have stepped forward for the councillor positions for the elections.

Ken Williams has been acclaimed to the mayor’s seat, after being acclaimed in the 2018 election as well. In the 2014 election, he was elected with 480 votes.

In 2018, the entire council was acclaimed as there were only six candidates for the six available councillor seats.

Highlands voters will also cast a ballot for the four school district trustees in the Belmont Zone of the Sooke School District.

All six incumbent councillors are seeking re-election in this election.

Anderson has a long history of public service and living and volunteering in the Highlands. She first moved to Highlands about 30 years ago. She has spent the last eight years on councilr and has worked with the Environment Advisory Committee. Her professional work is primarily around providing advice to senior executives and elected officials in Indigenous and provincial/territorial governments about policies, programs and financial management. She has degrees in economics, biology and law and has just started a PhD program in public administration at UVic.

If re-elected, her priorities are building resilience, continuing to debunk the artificial pro-development versus pro-green divide, and effective governance including: sound financial management and transparent decisions, developing a clear strategic vision, listening to each other, and acting with respect.

In 2018, Anderson was one of the acclaimed candidates, and in the 2014 election, she received the most votes with 458.

Ann Baird has lived in Victoria for 17 years, eight of which she has served as a councillor. She has served on a number of council boards including treasurer with the Highlands Stewardship Foundation. Her working career includes owning a farm and food forest nursery, being a bookkeeper, and biologist.

If re-elected, she plans to continue focusing on protecting shared natural assets, and advocating for the recreation budget to be redirected to roadside trails and local park management. Her 25 year vision is that the community is financially sustainable where people feel safe to go for walks on the roads and trails.

In 2018, Ann Baird was one of the acclaimed candidates, and in the 2014 election she received the sixth most votes with 395.

Gord Baird has served on council for two terms and has served as Highlands representative on the CRD Regional Water Supply Commission (four as vice-chair), and commissioner on the JDF Water Distribution Commission. His background is as a water system designer and consultant for residential, commercial and local government clients.

If re-elected, he plans to remove incentive for the province to “side-step” community processes over rezoning by enhancing Official Community Plan designations, implement the 20-year-old roadside trails master plan, and connect and encourage new residents to participate in committees and the public process.

In 2018, Gord Baird was one of the acclaimed candidates, and in the 2014 election he received the fifth most votes with 398.

Brisebois has been a resident of Highlands for 24 years and worked at the Highlands Fire Department for 14 years, retiring at the fire chief in 2014. He has 35 years experience in government policy creation and implementation.

If elected, his priorities would be to put together a long-term plan to ensure children who grew up in the distrcit would be happy and able to move to back.

Ken Brotherston previously served on Highlands council from 2002-2008. His parents purchased property in the 1950s when only seven families lived in the community. He was born and raised in Highlands, and now works and has raised a family in the community. He started in the forestry industry as a teenager, and has since formed his own forestry company.

If elected, he plans to expand the tax base that doesn’t solely rely on residents paying more, work to attract development that minimizes environmental impacts, ensure all steps of the development process is transparent, and face the urgency of climate change.

In 2010, a B.C. Supreme Court judge found Ken Brotherston not guity of murder. The court ruled that Ken Brotherston killed a man in self-defense in May 2008, after the man pointed a gun at him while saying things like “I’m going to kill you.”

“Like many parents I have lived with the horrific consequences of their childrens’ addictions,” Ken Brotherston said to CHEK News in an email statement. “I lost one of my sons to drugs. That experience fuels my desire to create a world and a community where people can feel rooted and safe and that is part of why I am running for council again.”

Marie Brotherston previously served on Highlands council from 2002-2005 and has lived in the community, raised children, and operates a business in the community. She is a mother, grandmother, fitness leader, business owner, and consultant.

If elected, she hopes to implement plans to address clmiate change, develop south Highlands as laid out in the Official Community Plan, ensure zoning respects the character of the community, and approach decisions with an open mind while seeking consensus when possible and including as many voices as possible.

Marie Brotherston has a podcast where she talks about the impact that addictions have had on their family, as well as the 2008 incident where her husband and two sons were charged, then later acquitted, of murder.

If re-elected, her priorities include working together as a team, maintaining a rural Highlands, taking measures to try to ensure sustainable healthy domestic well water for human consumption, considering further steps to address climate changes and the impacts and risks to Highlands, implementing the recommendations in groundwater protection consultants’ reports prepared for the District, and public safety.

Roessingh has served on Highlands council for seven terms, five as councillor and two as mayor. He is a musician, producer and composer. He is currently vice-chair of CREST and serves on the Capital Regional Arts Commission and the Greater Victoria Public Library Board.

If re-elected, he plans to maintain the rural character of Highlands, ensure assets are maintained and enhanced sustainably, complete the secondary housing policy, continue to carry out the groundwater monitoring program, encourage community building activities, and implement the Climate Leadership Action Plan.

Stanton first visited Highlands in the late 80s then moved there in 1997. She has a masters in social work and worked for a number of agencies in Ottawa during her undergraduate and graduate years.

If re-elected, her priorities are respect for residents, staff and other members of council and good governance.

Stanton was first elected in 2018 when she was acclaimed to the role. 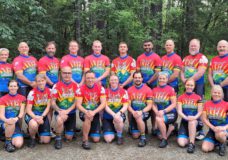 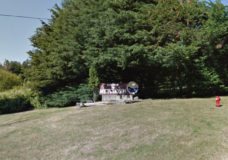