Man points airsoft gun at person near school in Saanich, gets arrested

A 19-year-old man was arrested Monday morning after he was seen carrying and pointing an airsoft gun at a person near a school in Saanich.

Saanich Police say officers responded to the area of Cedar Hill Road and McKenzie Avenue at around 6:10 a.m. after receiving reports that a man was seen walking on the field near Cedar Hill Middle School with a firearm.

Police say as officers were responding, the man allegedly pointed the weapon at one person and then walked toward a business complex and into a covered parkade at the corner of Cedar Hill Road and Mckenzie Avenue.

The incident resulted in the shutdown of Cedar Hill Road and Mckenzie Avenue area as well as the evacuation of people inside the complex.

Saanich Police say officers located and arrested the suspect, a 19-year-old man, with an airsoft gun that looked identical to a real semi-automatic rifle inside the parkade.

The man, who has not been publicly identified but is known to police, is facing one count of possession of a weapon for a dangerous purpose and remains in police custody.

“While we are still working on why this man was walking around with a weapon in public, we have no information to suggest he was targeting any person or location,” Const. Markus Anastasiades, media spokesperson for the Saanich Police, said in a release, adding.

“Imitation firearms pose a significant risk to the public, as police treat them as real until proven otherwise. Imitation, airsoft, paintball or similar weapons should never be carried or used in public spaces.” 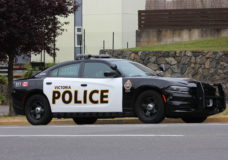 Man arrested after exposing himself to woman in Victoria 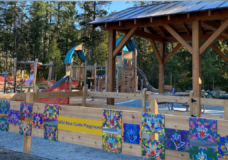