For the second day in a row, RCMP officers continued to investigate a homicide at Campbell River’s Discovery Harbour Authority dock, while at the same time the Independent Investigations Office investigated a connected police-involved shooting.

Friends have identified one of those killed as Ryan Langlois.

“He stuck up for me all the time. He gave me a place to live when I needed a place to live. He was my friend. He talked to me. He could talk to me about things that he couldn’t talk to other people about,” said Mandy Bouzane, one of Langlois’ friends.

Police say they responded to a report of a homicide and potential hostage-taking at the marina at 1:45 Monday morning.

Officers, including members of the Emergency Response Team, arrived and found one man dead. They determined there were no longer hostages.

Police say they located the man who was the subject of the initial call and who was alleged to have had a weapon.

The IIO is investigating the RCMP’s actions in the police-involved shooting.

Shots were fired, and the man was pronounced deceased at the scene.

“He laughed all the time and he was joking. he didn’t deserve to die,” said Bouzane.

“What would bring somebody to actually shoot him? I don’t know how it could get to that extent of violence,” Bouzane said.

Langlois had been living on his boat the Minyachta for a number of years as he was trying to get his business Shoreside Seafood established selling geoducks, sea urchins and seaweed.

“I just miss him already. I’m not going to be able to call my friend. I’m sorry that he’s gone,” sobbed Bouzane.

He was also a father of a 16-year-old son and in recent months had learned he had a nine-year-old daughter too.

The name of the other man has not been released. 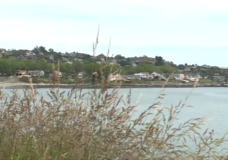 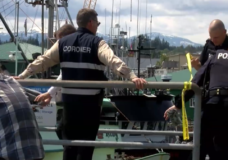