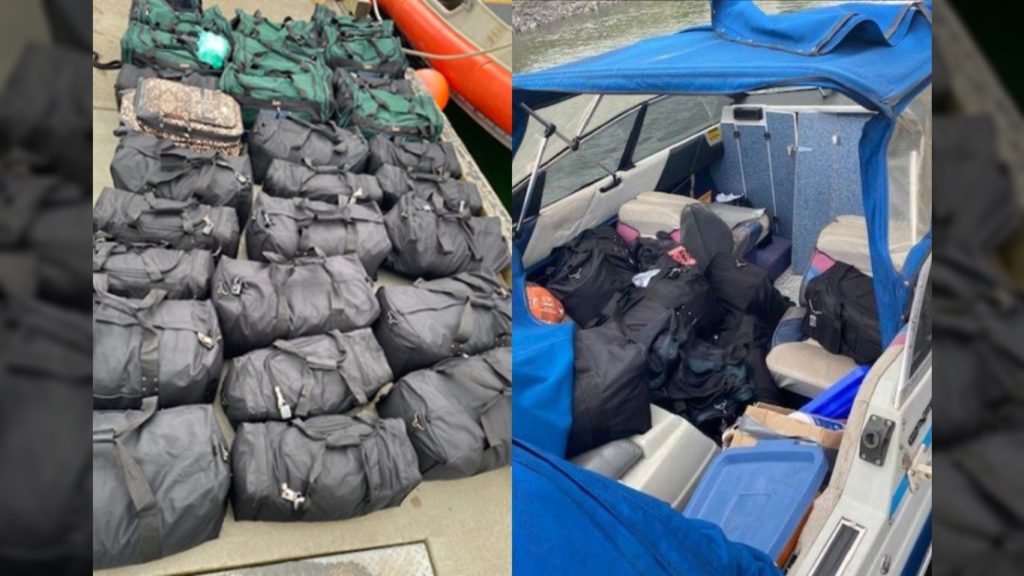 U.S. Customs and Border Protection
U.S. officials say Alberta resident Ted Karl Faupel, 51, has been sentenced to 10 years in prison after attempting to smuggle 1,432 pounds of meth into Canada.

American authorities say a Canadian drug runner has been sentenced to 10 years in U.S. prison after he was caught smuggling a large shipment of methamphetamine from the San Juan Islands by boat.

Alberta resident Ted Karl Faupel, 51, was sentenced Tuesday for his attempt to smuggle 1,432 pounds (650 kg) of methamphetamine from the U.S. into Canada on May 25, according to attorney Nick Brown.

U.S. Customs and Border Protection (CBP) said officers stopped the 18-foot (5.5-metre) Bayline speedboat on Puget Sound near the Canadian border with Washington state, off the coast of Victoria, arresting Faupel on a drug distribution count.

CBP said Faupel was riding low in the water near Stuart Island when law enforcement used lights and sirens to stop the boat, which was loaded with 28 locked duffle bags packed with 539 packages of “highly pure” meth.

“This huge load of methamphetamine represents hundreds of thousands of doses on the streets of Canada,” said Brown in a news release.

“We know violent criminal gangs get rich off the pain of addiction. I am glad this shipment is off the streets and not furthering addiction and the gang violence that is part and parcel of the drug trade.”

When Faupel was taken into custody, the boat was hauled to the Bellingham Coast Guard Station where a drug dog alerted to the presence of narcotics.

As officers conducted their investigation, they also found three cell phones, ammunition, and a loaded nine-millimetre gun onboard the boat, which Faupel later admitted was his.

According to a federal criminal complaint filed in U.S. District Court in Seattle, Faupel told investigators that he had been hiking near a marina in Sidney when a man — identified as “Mike” in the affidavit — approached him and offered him $1,000 to move a boat from Sidney to Anacortes, Wash., and back.

Faupel said he left Vancouver Island on May 24, when four men met him at a Washington State Parks boat dock, took the boat on a trailer, and dropped him off at an inn. The next day, they brought him back to the dock, leaving him in the newly loaded boat to return to Canada.

Documents also show that Faupel did not check in with U.S. Authorities before entering the United States.

“You don’t start transporting drugs for (a violent street gang) if you fear for your family… This is a very dangerous group and (Faupel) chose to gamble with his family’s safety,” added U.S. District Judge James L. Robart at the sentencing hearing. 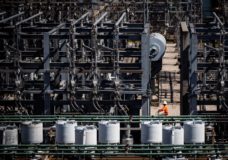 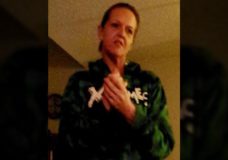 Nanaimo RCMP searching for woman missing for more than a year