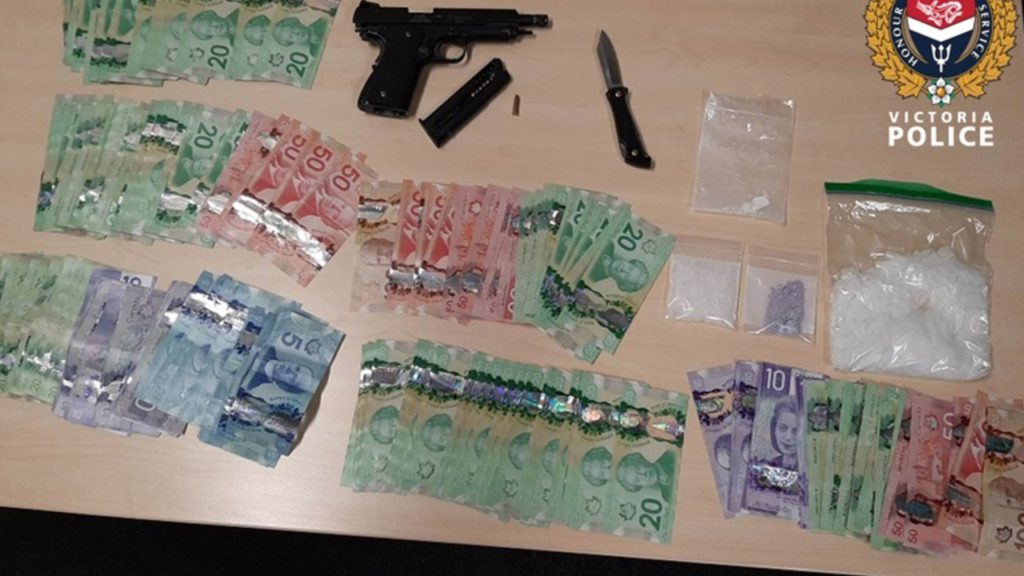 VicPD
Victoria Police have seized a loaded firearm, cash and drugs following the arrest of one man as part of a stolen bike investigation.

The Victoria Police Department has seized a loaded firearm, cash and drugs following the arrest of one man as part of a stolen bicycle investigation.

In a police report issued on Monday, officers say the arrest took place at around 1:30 a.m. on Dec. 14.

Police say they stopped a man in possession of a stolen bicycle in the parking lot of a multi-unit temporary housing facility, located in the 3000-block of Blanshard Street.

Officers arrested the man for possession of stolen property, searching him as part of the process.

According to VicPD, during the search officers located significant quantities of drugs believed to be methamphetamine, fentanyl and crack cocaine.

In addition, officers located and seized over $5,000 in cash, and a loaded firearm – a .22 calibre pistol.

Officers took the man to jail following his arrest. He was held to await court.

Police note that the file remains under investigation as well. 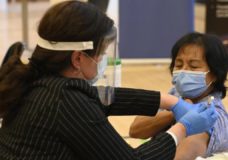 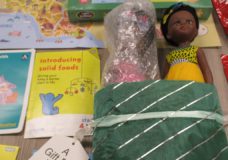