June 11, 2019 updated
Chek
The Royal Canadian Legion has donated hundreds of thousands of dollars to charitable causes and community initiatives in Victoria. But now the not-for-profit is worried about its future and say property taxes are to blame.

The Royal Canadian Legion Branch 292 in Victoria is a gathering place for veterans and its members, a spot have a drink and even dance.

It also supports several charities, donating thousands of dollars each year to the community, using money from poppy donations and various other fundraisers.

But they are struggling to stay afloat and the main reason is their property tax bill of over one hundred thousand dollars.

“The money that we give out, none of that money, not one cent can be used for property taxes,” said Stanfield.

The money for property taxes has to come out of their operating budget which comes from the revenue they get from the kitchen, bar and hall rentals.

“In fact without the hall rentals, I don’t think we would be here right now,” said Stanfield.

Last year. they struggled to pay a property tax bill of more than over 75 thousand dollars in property taxes.

“We worked the whole year and every cent went to property taxes,” said Angus Stanfield,

This time it is even worse, the assessed value of their property skyrocketed along with their tax bill.

“If the taxes continue the way they are there is no way we can continue bringing in money to pay it,” said Loraine Salkus, President of the Royal Canadian Legion Branch 292.

And that leaves them facing some difficult choices

“We don’t intend on folding but we can’t stay in Victoria,” said Stanfield.

But it doesn’t have to be that way.

The City of Langford has granted its legion a full tax exemption. Something Norman Scott, President of the Prince Edward Branch 91 says they’re very thankful for.

“In the overall aspect of keeping us afloat, we need to be tax-free. We have a good supportive council of Langford that respect the Legion and understand why we are here and what we do for the community,” said Scott.

Victoria is one of the few municipalities left in Canada that does not give its legion a tax break.

It’s something Councillor Marianne Alto says she’s been trying to change for years but there has never been enough support on council to get it done.

“I certainly think that the context right now would be very favorable for at least some members of council to consider the larger issues that are in the foreground right now,” said Alto.

After passing a motion on the 75th anniversary of D-day asking that the military and Veteran’s Affairs foot the bill for policing events like remembrance day,  council has been accused of not respecting veterans.

“This might be a timely opportunity to bring it forward,” said Alto.

Alto supported the move, but now says she will change her vote at council this week and plans to introduce a motion on June 28th to get the legion some tax relief.

“I think this is imminently supportable I’m hoping this time we get it through,” said Alto.

If passed by council Alto says the Legion could get an immediate reprieve before their tax bill is due July 2nd.

“I’m hoping whatever we end up deciding will allow the legion to continue their good work,” said Alto. 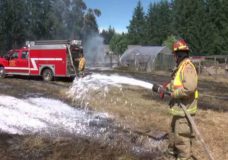 Teens capture video of fire that spread to hayfield in Cedar 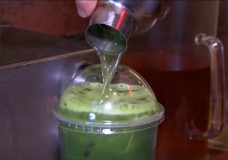