Law enforcement in B.C. hold memorial for officers who died in line of duty

Police officers and staff from across the province were in Victoria for the B.C. Law Enforcement Memorial.

The service is held at the memorial at the B.C. legislature’s Garden of Honour every year to remember law enforcement who died in the line of duty.

This year honoured 129 officers who paid the ultimate sacrifice from police departments and services across B.C.

Victoria Police was remembering six of their own fallen officers and Saanich Police honoured one officer at the ceremony.

“These are heroes in life,” Del Manak chief of VicPD said. “They are fallen officers that we always want to recognize and reflect on.”

Officers from across BC & Washington State are assembled on the @BCLegislature grounds at the @BCLEMemorial as we honour those who have their lives in the service of others. We have opened roads to #yyjtraffic, apart from Menzies between Belleville & Superior. pic.twitter.com/JpvCF6ct7q

Manak added that this year’s ceremony had additional significance for the Greater Victoria area. He said six police officers are still recovering from injuries sustained during the shootout at the Bank of Montreal in Saanich on June 28.

“I think it adds extra meaning for our people knowing the sacrifice that our officers made on that day and how close they came to dying in the line of duty,” Manak explained.

For a daughter of a fallen police officer, this ceremony is important for her healing.

Terrie Philp told CHEK News she was 10-years old when her father didn’t return home from work as an officer of the Vancouver Police Department in 1963.

She said he was getting ready for work one day and called to her to give him a hug and kiss goodbye and she blew it off.

“He said don’t you every refuse anybody a kiss or a hug because you never know when you will see them again,” she said.

Philp explained how she then got a sinking feeling that he wasn’t coming home, adding later that night officers came to her house to tell her mother he had died on duty.

She said he was directing traffic outside of a BC Lions game when a car pulled out from behind a bus and accelerated, hitting her father.

Now Philp attends the memorial service every year to keep his memory alive.

“I can’t forget. It’s a memory that’s always there,” She said. “It’s important that I come here because he needs to know that we still love him, we still care and we haven’t forgotten him.”

The ceremony included speeches from police officers and politicians to pay their respects.

“On behalf of the entire province of British Columbia, thank you for everything you do every day of the year,” Mike Farnworth, minister of public safety and solicitor general, said in his speech.

There was also a reading of the Honour Roll, moment of silence and playing of Taps. 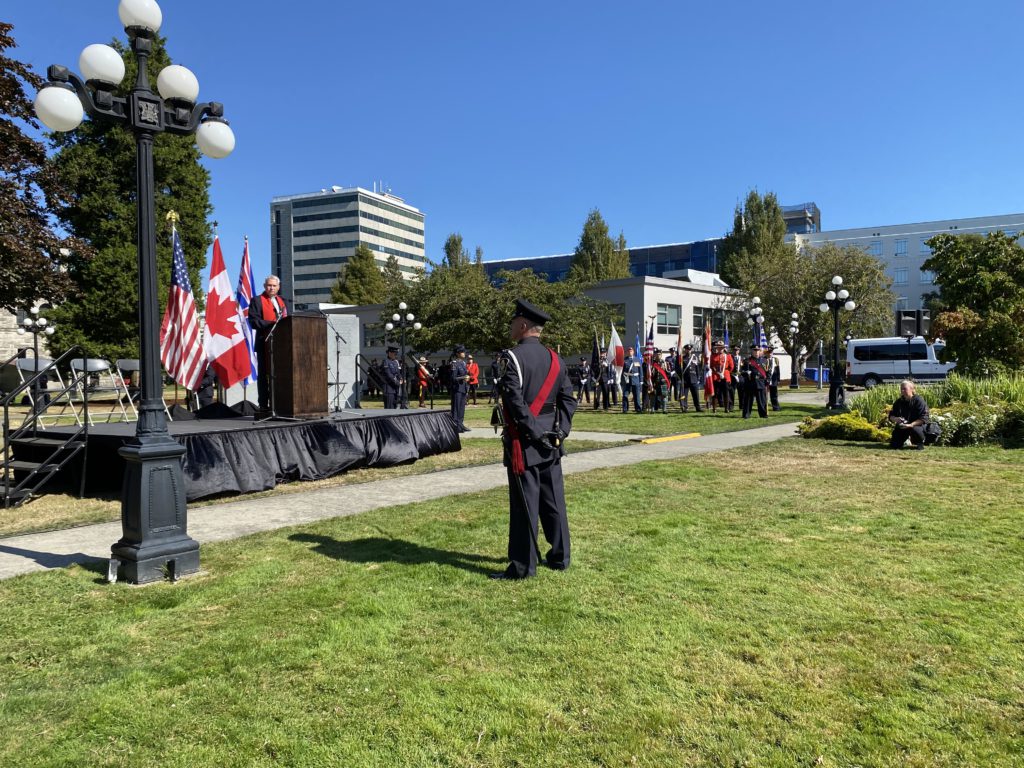 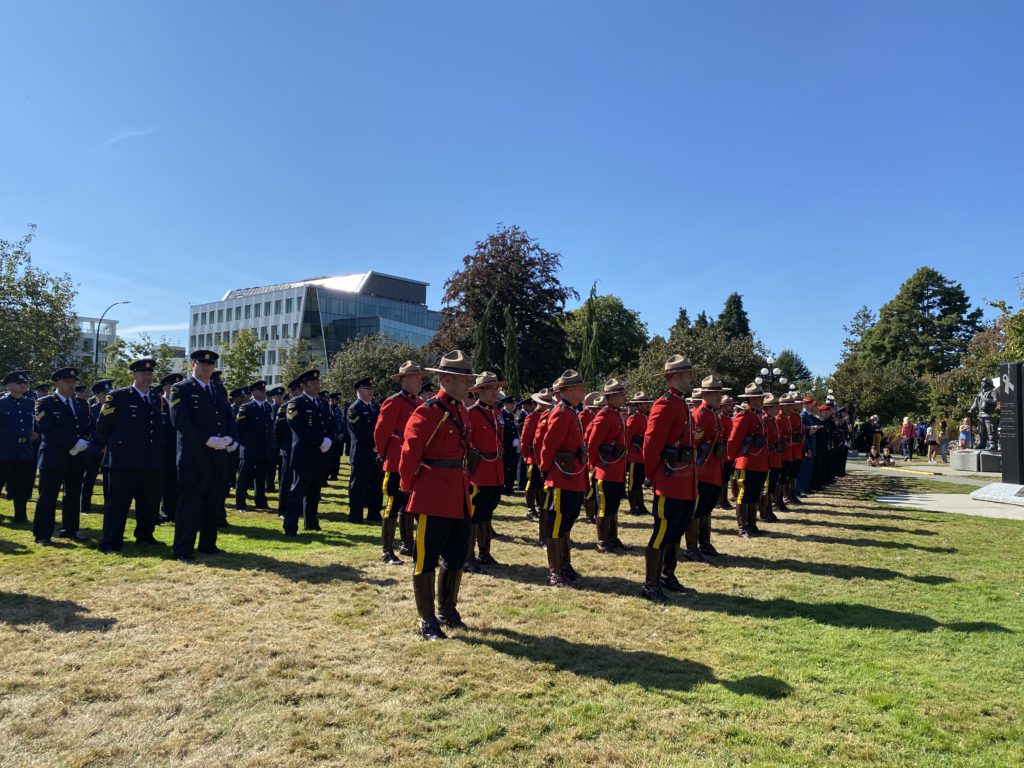 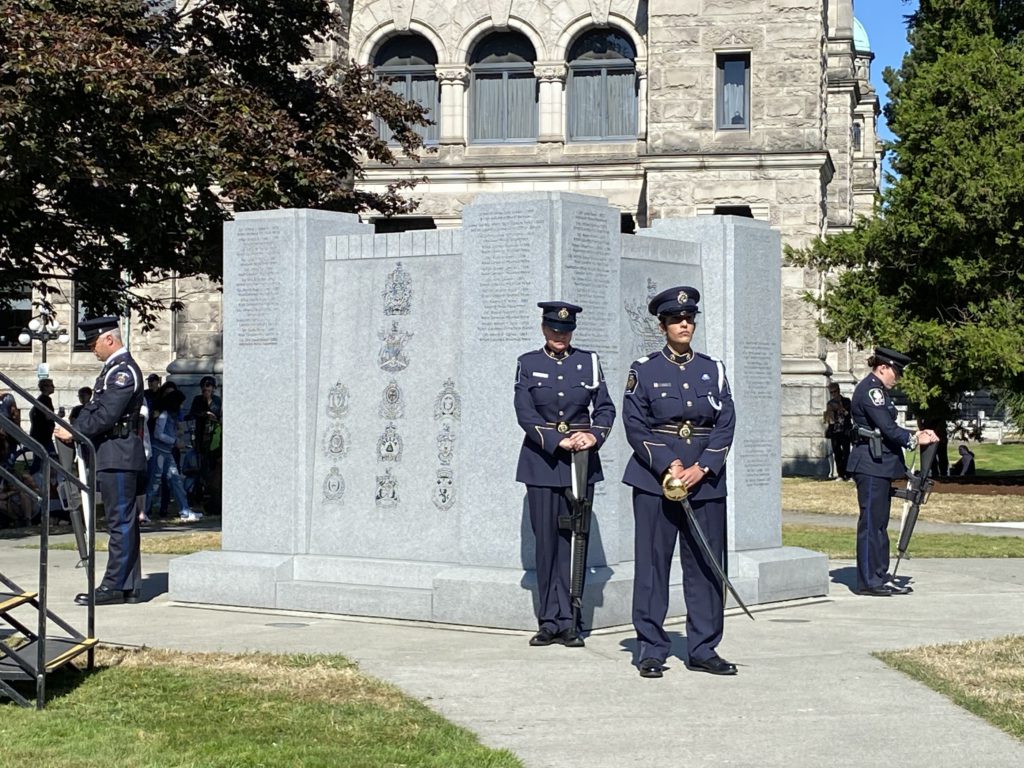 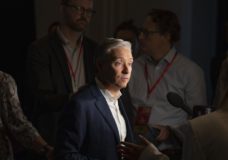 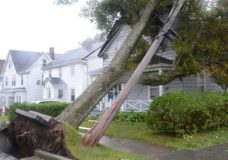 Opinion: Riding into the storm