A 24/7 emergency pet hospital on the South Island is having to reduce its hours to prevent staff from further burnout.

“No one wants to close at night and say no to people but we also need an understanding that we’re pushed to our limits if we’re doing this,” said Dr. Erinne Branter, a veterinarian and co-founder of Waves Emergency Animal Hospital in Langford.

Branter says for years she and her colleagues have had to work 10-15 hour days due to veterinary shortages and that’s burning out her staff.

“With multiple months and years of that kind of work, it’s draining. It’s draining,” she said.

In order to prevent further burnout, Waves’ emergency services will close at night from midnight to 6 a.m., until new doctors arrive in the fall.

“We’re just trying to find a way to keep our staff healthy. Emotionally, and psychologically. And saying no to a couple of nights in the summer is how we’re doing that,” said Branter.

She says the pandemic made people rethink their work hours and says the new generation of vets coming out from school are seeking more balance.

“I think that this generation is astute. They know what they want. They want a positive psychologically safe working environment and I would argue that’s changed since I was trained,” said Branter.

Where the vet shortage is most apparent is in rural communities.

“In Qualicum Beach, you can’t get a vet,” said Sherry, who drove two-and-a-half hours to get care her for pup Ellie, who has been suffering seizures.

“There are several vets, they’re just all booked up,” said her husband Frank.

In attempts to address the vet shortage, the province has doubled the seats they’d be funding in vet schools from 20 to 40 for 2022. But vets say it’s not enough.

“We did a labour market study which showed we need 100 veterinarians a year for the next five years to meet the demand. And the government hasn’t told us if they’re going to fund those seats beyond 2022,” said Dr. Marco Veenis, a veterinarian out of Kelowna who is on the board of the Society of BC Veterinarians.

“We get lots of calls from veterinarians that just don’t know what to do. They see more clients than they can handle and would like to expand their services but they need more people and they just can’t find those people.”

In the meantime, Dr. Veenis expects things to get worse before they get better as Canada’s population only increases.

“Our profession is ultimately in crisis,” said Dr. Branter.

Waves Emergency Hospital says they will be back operating 24/7 in the fall. For the summer, the Central Victoria Veterinary Hospital near Mayfair Mall is the only hospital in the Greater Victoria area operating 24/7. 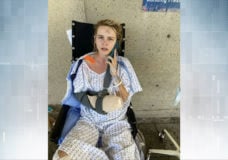 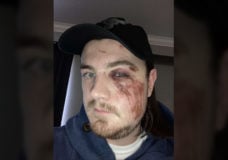