It was a thrilling day for members of the B.C. Aviation

Museum in North Saanich, as the museum has now formally taken possession of a Lancaster bomber FM104 from the city of Toronto.

“Behind me are five trucks that have brought the pieces of the Lancaster FM104 from Ontario,” said museum president John Lewis.

“This particular aircraft, the FM104, flew on the east coast for 20 years.  It was built in Toronto at the end of 1944, went to Europe, but never flew in combat.

“It then flew for 20 years with the Maritime Command of the RCAF, and was then presented to the city of Toronto.

“In 1999” Lewis continues, “it was lent to a museum in Toronto to restore, but it was unable to complete the restoration.”

Now, that task has fallen to the B.C. Aviation Museum, as it was the successful Canadian bidder to receive the bomber, in pieces, from Toronto.

“We’re saying it’s at least ten years, so it will be a long time before you see this in one piece” says Lewis.

“It was obviously vandalized and lived in by people,” said Grant Hopkins from Victoria Air Maintenance. “Anything that you could tear off of it has been removed from the inside of it.  So some of that’s going to be difficult to replace.”

Lewis agrees. “It’s particularly complicated in our case, because we intend ultimately to restore it to flying condition, when it will be one of only three Lancasters in the world that fly.”

The museum is partnering with Victoria Air Maintenance.

“We have a long history of doing warbird restorations” said Hopkins. “There’s a lot of aircraft that get discovered in a barn, or wrecked somewhere, that need to get packed up and transported, and then restored back to flying condition again so, that’s part of what we do.”

But the biggest challenge is one you might not expect.

“The challenging bit will be the fundraising” said Lewis. “And that’s the important thing.  We hope to get a lot of people involved with that, so that they see a need to help keep this project going and donate towards it.  That’s a very important program.”

“The Lancaster is an iconic aircraft” added Lewis proudly. “It was the most important heavy bomber in the strategic bombing offensive against Germany, that went on from 1942 to the end of the war.

“Worldwide there are 17 Lancasters in existence.  Eight of them are in Canada, but worldwide, only two fly.  Up until now there’s never been a Lancaster in British Columbia, so we’re doubly excited to finally have one here.”

And also excited to one day see this iconic aircraft fly once again. 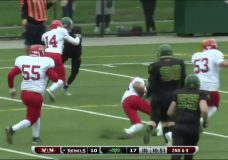 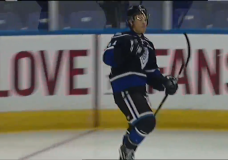