Update Sept. 1: A GoFundMe for the victim has been set up and can be found here.

“I think all of us are really just grieving for the family,” he said.

On Saturday, a 35-year-old woman was killed when a Ford F-150 travelling southbound on the Trans-Canada Highway near Oyster Sto Lo Road drove over the concrete centre median, hitting her SUV as it was travelling northbound. A pickup truck with a camper and trailer crashed into a nearby pole in order to avoid the collision.

The victim was a well-known mother of two young children in Ladysmith. She was pronounced dead at the scene, according to first responders and her family has requested her identity not be disclosed for privacy reasons.

“From all accounts, she was just a wonderful mom and a really kind and caring, lovely person,” said a visibly upset Stone. “I’m sorry, it’s all a little fresh. But when you’re a dad and you have your own children and a wife that you love very much, I can just feel it you know and I feel it from so many people.”

The driver of the Ford F-150 fled the scene and has not been captured by police. Witnesses told CHEK that in the panicked moments after the crash while tending to the victims, the driver fled his truck’s wreckage, went into a nearby gas station and allegedly stole a nearby vehicle.

“The suspect is still outstanding but the plan is that he still intends to turn himself in,” Halskov said.

The man’s identity cannot be disclosed at this time in order to preserve witness statements, explained Halskov, adding that the man has a history with police and officers are working hard to bring him into custody. He also said the police received plenty of tips from the public, which has helped them greatly in their efforts to locate the suspect.

“We did get a number of tips from the public, that did help us identify the individual and tried to point us to where he was,” Halskov said. “Through investigative means, that we can’t discuss here obviously, we are trying to pinpoint his exact location.”

According to Halskov, after the crash, the man stole a nearby vehicle, which was later found by police in an area near Chemainus and is currently being examined by a forensic team. He said it is likely the man travelled further south towards Victoria and could have had help from others.

“It’s very well that he could have assistance from somebody . . . and we would be looking to speak to those persons as well,” Halskov said.

Given the severity of the crash, Halskov said it is likely the man was injured. He said, however, that police have not received any reports or tips from hospitals a man seeking treatment for injuries that could have come from a motor vehicle crash.

“We haven’t received any information from any of the area hospitals that they have received somebody into their care who’s injuries are not consistent with what they are saying has happened,” he said.

Halskov said the crash is one of the worst types of crashes because it involves a fatality and an individual who fled the scene.

“This is one of the most serious types of collisions that we can have, where it is a fatal crash that involves a suspect who has now fled the scene, increasing the jeopardy and the urgency to locate and bring that person into custody,” he said.

“It’s a very tragic situation and our hearts go out to the family and friends of the victim who was killed. We are doing everything we can to bring this person safely into custody and to bring him to justice,” he added.

At the time of publishing, a GoFundMe for the victim’s family had not been established. Stone said he is accepting gift cards that can be dropped off at Ladysmith Town Hall to help the family.

“If we can come together with this family and show, what I believe is the best of Ladysmith, it would be really appreciated,” said Stone. 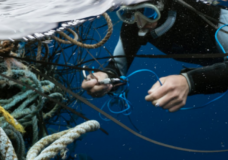 Canadians don't know much about Erin O'Toole, but poll finds openness to him