The Cowichan Valley has a water problem.

“There isn’t a water shortage right now, but there is a significant issue regarding the allotment of water for future developments,” said Brian Dennison, current head of special projects and former manager of utilities with the Cowichan Valley Regional District (CVRD).

Unlike Greater Victoria’s unfettered access to Sooke Lake, and ability to flood and draw at will, most of Cowichan Valley’s lakeshore is privately owned and already built around.

“In order to store more water, you’d be impacting their property rights,” said Dennison talking about the complications of flooding either Shawnigan or Cowichan Lake for access to more water.

Engineers then began looking beneath the bedrock to create wells but so far, the wells in the region are proving to be unpredictable and unreliable.

“We’ve had wells under-perform, even right next to the Cowichan Lake,” said Dennison. “To understand all the complexity, the integration, where the water comes from, where it’s going to, how it’s connected, is very difficult to know with any accuracy.”

The provincial government, through the Ministry of Forests, is now in charge of regulating groundwater extraction in British Columbia. Developers in the CVRD now need a license if they’re intending to build anything more than a single-family residence.

They’re complaining the process is taking upwards of two years.

“It’s just very frustrating to wait when we think we’re there,” Mike Baier co-founder of Limona Group told CHEK News on Friday, who owns 150 acres including the recently burnt-down Pioneer Square in Mill Bay, and has had plans to build a new community there in the works since 2016.

The Ministry of Forestry told CHEK News in a statement how long a water licence takes “depends on the complexity of the application and the quality of information provided to support the application.”

Mill Bay is one of the areas in the CVRD seeing the highest development demand, and also the most problems with water.

As a result, the lack of a reliable water source is putting new developments in the region on hold.

“The province is having to look at that very carefully because there have been wells in decline. We don’t want to be having people building homes or making decisions when we don’t really know what we have for sure,” said Dennison.

Productivity in some wells has abruptly dropped in half.

Dennison says all the decision-makers are cautiously waiting for more research on the wells and water levels, warning that developers could see a phased approval of their plans instead of full to slowly test how the new wells respond.

“I would guess it’s going to be a while,” warned Dennison to developers. “You can’t just hope, you have to know.”

In the meantime, the provincial government, Mill Bay Waterworks, and the CVRD are trying to find solutions including better conservation, possibly desalination, and using reclaimed water (something which Mill Bay’s newly renovated sewage treatment centre is equipped with).

Reclaimed or recycled water is primarily municipal sewage that has been treated in a wastewater facility. In long drought-suffering California, recycled water is used in irrigation, as toilet water, even in dishwashers and laundry machines.

“You start to use reclaimed water, your demand starts to drop off, so you can have more homes, more people being able to live there on less water,” said Dennison.

Adding to the matter, the Malahat Nation is seeking to manage the water in its territory within the CVRD.

“Malahat seeks to protect its rights to water, to preserve environmental flow needs, and to promote sustainable development and long-term growth in the region,” said Malahat Nation in a statement to CHEK News.

“Malahat is worried about overuse of groundwater and wants a greater focus on water conservation initiatives like low-flow technology, and dealing with aging infrastructure that can lead to waste. Malahat’s vision is to develop an overarching, co-management regime to put in place planning around groundwater to balance the needs of all water users.” 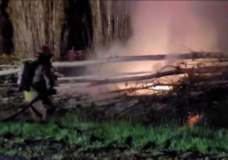 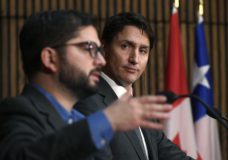