WATCH: The Victoria Junior Shamrocks honoured former Victoria Minto Cup championship teams of the past on Saturday night in Colwood, exchanging the green jerseys for the red and blue.

The Shamrocks wore Esquimalt Legion jerseys with patches to commemorate the 1962, 1976 and 1988 Minto Cup teams.

Members of all three teams were on hand for the game and were honoured in the first intermission.

The Junior Rocks haven’t won the Minto Cup since the Esquimalt Legion did it back in 1988. 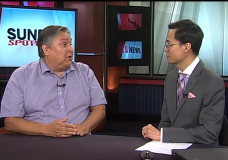 Spotlight Interview: How can we promote reconciliation? 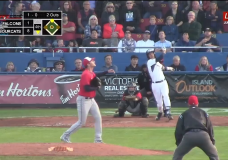