In shocking video surveillance from a house on Milburn Drive in Colwood, a car is seen veering off the street, hitting a culvert, and flipping end over end before landing on its side and sliding down into a ditch.

“Your jaw drops open and you’re amazed that no one was killed,” said Milburn resident Brad Windsor, looking at the surveillance video of the crash that happened Tuesday night at around 7 p.m.

A 2008 Ford Focus skidded off the road at what police say was a high speed.

“There was quite a bit of damage from this vehicle, one of the tires was completely missing,” said Cst. Nancy Saggar of the West Shore RCMP. The driver was able to exit the vehicle by himself, but the passenger was not, they had to be extracted by fire and rescue service.”

SOUND ON FOR THIS UNBELIEVABLE CAN'T-MISS FOOTAGE: A car, head over "wheels" on a residential street in Colwood.

The miracle? The 2 in the car only suffered minor injuries.

Tune in to @CHEK_News tonight to find out about this crash and why it may be the last straw for locals pic.twitter.com/SM1WL9Ak7q

The true miracle here, is that the two in the car only received minor injuries, and no one else was hurt.

“It was lucky this time, and it might not be lucky next time. Is it going to my kid? Is it going to be me? Is it going to be my neighbours, who we all care about around here? That’s our issue. At this point, it seems after four or five years of telling the city this, it just seems like they just don’t care,” said Windsor, who’s been advocating for raised sidewalks on the street for years.

Milburn Drive is on a bus route, and it leads to a school. It also acts as a direct entry to the Esquimalt Lagoon, making the side street act more like a collector road.

Residents say it’s dangerous, and have been actively calling on the city to implement sidewalks, speed bumps and other safety measures for more than five years.

READ MORE: ‘It’s just not a safe road’: Colwood locals call for sidewalks Milburn Drive after too many close calls

Colwood’s mayor cancelled a scheduled interview with CHEK News on Friday but did provide a statement.

“An Active Transportation Plan will be presented to Council and the community as part of 2021 budget deliberations,” said Mayor Rob Martin. “We look forward to confirming priority routes based on clear criteria and allocating the budget needed for an ongoing program to improve walking and cycling infrastructure in Colwood.”
But this brings little relief for Windsor and his neighbours.

Police say the accident on Tuesday could have been avoided and the driver was issued a ticket for Driving Without Due Care and Attention.

Windsor says although his property tax has increased 33 per cent since he bought the house, there have been no infrastructure improvements since then.

He says hopefully this unbelievable accident will be the final straw for the city, promoting it to finally do something about the safety measures on Milburn Drive. 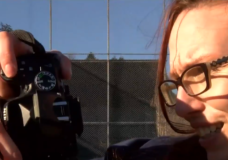 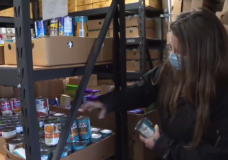