January 20, 2021 updated
CHEK
WatchRising COVID cases in the Cowichan Valley are impacting that area's economy. Small businesses say they've seen a noticeable drop in traffic since an outbreak of COVID-19 two weeks ago.

Sidewalks in downtown Duncan are quieter than ever since a growing outbreak of COVID-19 put a shelter in place order in effect in Cowichan Tribes, and has many locals avoiding public spaces.

Liz Steward and her husband own six pubs and restaurants in Lake Cowichan and Duncan, including the Craig Street Brew Pub, and said the drop in business since the outbreak has been scary.

“It’s been a little fearful,” said Steward. “More fearful than it was prior [to the outbreak]. There’s been different levels of fear and uncertainty, obviously.”

Steward has ordered her young staff to stay away from parties, even socializing with friends, in an effort to keep those coming into her Duncan pubs safe.

But the drop in business has been drastic for Stewart, who estimates it is at least 40 per cent at the Craig Street Brew Pub alone.

That massive drop is one of the reasons why Paul Francis headed into downtown Duncan pub for a pint on his day off Tuesday.

Down the block at Wishes Boutique, owner Jacquie Braun said she’s been doing everything she can to meet customers where they feel safe.

“Just being available for people whenever it is they need to come in outside of hours,” she said.

So businesses are urging residents to show their support by shopping local.

“We need to spend as much of our money locally as we can,” said Julie Scurr, President of the Duncan Cowichan Chamber of Commerce. “And if we’re not comfortable going in, order online, phone the retailer, do takeout at the restaurants. Let’s support them and get them through this.”

“They won’t have the reserves that they’ve had in the past built up to carry them through these slow times and then having the outbreak that we’ve had the last two weeks has just piled more on,” she added. 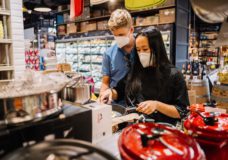 What you need to know about COVID-19 mask exemptions in B.C. 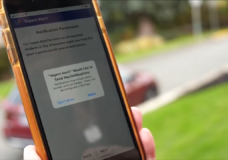