Paul Lambert admits to having a good run in life and a lucky streak that’s still going.

“Yeah, you look at it and think is that right? Pretty exciting eh?” said Lambert.

That was his reaction after his numbers came up on KENO back in February while playing at the Crown and Anchor Pub near Bowser. Five numbers and the bonus for a cool $25,000.

“It kind of shocks you but it’s kind of nice, makes you smile,” he added.

But his good luck didn’t run out. In fact, it got better about two weeks later. Playing the same numbers on the same game in the same pub, he won another $25,000.

“That was pretty nice too,” Lambert remembered.

“They texted me a few minutes later and say ‘Crystal you’re not going to believe it your dad won $25,000 again’ so we jumped in the car and raced down and he bought drinks all around and he took us to the spa again,” said his daughter Crystal.

Lambert still works every day at a gravel pit he owns near Horne Lake and part of the first win bought a used bulldozer.

He’s still waiting for the 2nd cheque because of a delay.

When asked if he ever considered playing different numbers after the first win, he said “No, no, I always play the same numbers.”

“Yeah it was wonderful, he’s a lucky guy and a very generous man,” added Crystal.

And remember how he appreciates the simple things in life?

Lambert says he recently bought a new flip phone and will continue to play KENO. 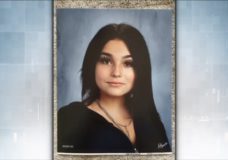 'I feel like we all failed her': Grade 6 Saanich girl dies of suspected drug overdose