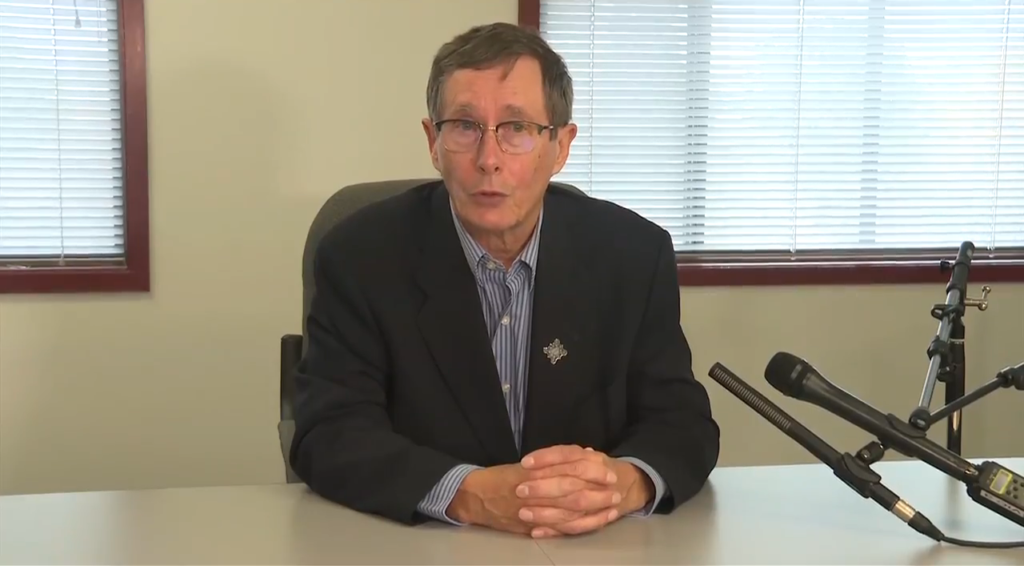 Dr. Stanwick opted to use the term ‘COVIDsomnia’ during a call with media on Wednesday, suggesting that the uptick in cases has COVID-19 consuming more of his thoughts lately.

“I have more reason to basically be thinking of this in the middle of the night,” Dr. Stanwick said on a conference call.

Dr. Stanwick says the recent numbers are alarming as it took nearly eight months of the pandemic for Island Health to report its first 1,000 cases.

As of Tuesday, the health authority had reported 1,477 cases of COVID-19 over the course of the pandemic, with 195 of those cases being active.

Dr. Stanwick broke the numbers down even further, suggesting that a large portion of the active cases are located in the Cowichan Valley area.

Currently, Cowichan Tribes – the largest single First Nations community in B.C. — has been experiencing an outbreak of the virus and has issued a shelter-in-place order for its members.

Dr. Stanwick notes there has been evidence of a community spread in the Duncan area as well.

Although the virus currently has taken hold in a few hotspots, Dr. Stanwick says people shouldn’t be underestimating COVID-19, no matter where they live.

“We can’t think that this is a Central Island problem. This virus will seize any opportunity to spread,” Dr. Stanwick told the media.

During his address, the Island’s top doctor hinted that more clusters of cases are expected to be announced in the coming days in areas such as the South Island and Nanaimo.

“This virus has the potential to pop up anywhere,” Dr. Stanwick emphasized. “We really do need to practice those measures that [Dr. Bonnie Henry] has asked of us.”

“Now is not the time [to let up], variants are on the horizon that could make the situation even worse.”

Through contact tracing connected with the recent surge in cases, Dr. Stanwick claims that there are approximately 700 people across Vancouver Island currently in isolation.

Also on Wednesday, the chief medical health officer for Island Health took a moment to voice his frustration, as well, regarding the drastically reduced supply of the COVID-19 vaccines arriving in British Columbia.

Dr. Stanwick said he is frustrated with the “international squabbling” and the hoarding of vaccines in certain countries — something he didn’t anticipate facing this early on.

The shortage of vaccines has caused headaches for Island Health, causing tremendous amounts of pivoting.

He also said the shortage is creating very difficult decisions on where the limited supply of vaccines should be distributed.

Health officials are expecting very few doses of either the Moderna or Pfizer vaccine to arrive on Vancouver Island over the next three weeks.

Dr. Stanwick says that 24,065 vaccinations have been administered within the health authority, to date.

VicPD searching for 'irate' woman who spat on BC Transit operator