After another day of rain on Thursday, many farmer’s fields across Vancouver Island remain waterlogged and unplanted.

McCormick grows salad greens and sells them to local grocery stores but this year the only crop has been grown in a greenhouse as outside, it’s just been too wet.

“We’ve had some cold and wet springs before but I’ve always managed to be able to get a couple of days where I can get some prep done but this year I haven’t been able to do anything,” added McCormick.

In Courtenay, Gerry McClintock’s berry crops are weeks behind schedule, while his main business, 180 water buffalo are still cooped up in barns. They should’ve been out in the fields of grass long ago.

“I’ve been farming for 34 years and I can’t remember any time that it’s been this wet and cold for this long” McClintock said. “As a result of the weather, we are out of feed so we are buying feed and we’re just about out of bedding so yeah it hasn’t been the greatest spring.”

Other farmers like grape growers at Island vineyards are also watching the forecast very closely.

“I guess what I’m hoping for right now is that the typical ‘Juneuary’ on Vancouver Island doesn’t come around and I’m hoping for a beautiful September through October. I’m hoping it gets it out of its system,” said Layne Robert Craig, Co-Owner at 40 Knot Winery near Comox.

His vines are only beginning to bud now, weeks behind schedule and most farmers haven’t even been able to fertilize this spring.

“Specifically hay farmers,” said Tori Durrett, Sustainable Farming Analyst. “Many of them are skipping a lot of fertilizer for their first cut and waiting for the second cut to put the majority of their fertilizers on.”

Environment Canada says Victoria had double the normal rainfall for April, while Nanaimo and Comox had their wettest ones on record. 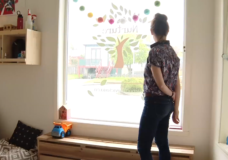 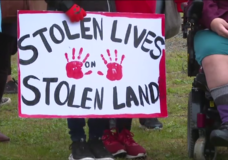