WATCH: It ‘s been a big week for indigenous law, with UVic unveiling the worlds first degree in the field. One project is now on display in Victoria for the month to celebrate, and give the conversation an artistic view. Julian Kolsut reports.

Around 100 visitors showed up to see Testify: Indigenous’ project that expresses Indigenous Law through art.

“We wanted to pair legal thinkers with artists to create projects of art that explored ideas about indigenous laws,” said organizer Ardith Walkem.

“when we think of law right now we always tend to think of law books or what’s written in statues, what we forget is that there are laws on this land that are ancient, they have been here for thousands of years… ”

The public had the chance to go around the gallery and see different pieces of art, and also watch some performances by artists.

One demonstration had two subjects washing away white paint from their skin.

“The message behind our piece was reclaiming our indigenous side of ourselves, by the washing off of the white paint,” said artist Joleen Mitty.

“Once that was over I had the two subjects come together with a blanket to showcase that we are reclaiming our space.”

Another demonstration had artist Mariel Belanger performing in front of a screen, with historical quotes about indigenous groups playing out loud.

“My performance was called illegal, let us live. It was a collaboration of Dr. Greg Younging and I, [he] was a part of the TRC,” said Belanger.

“It’s meant to express the layering of colonization.”

This Wednesday UVic launched its indigenous law degree, a world first. Testify then saw a chance to come to the capital and add an artistic perspective to the conversation.

“We are being hosted here by the UVic gallery… in conjunction with the UVic laws degree because we really wanted to create a space to celebrate that… it’s a wonderful resurgence” added Walkem.

One of the pieces responds to the deaths of Colten Boushie and Tina Fontaine, both who were indigenous youth, and was only unveiled at this stop in Victoria.

The project will be on in Victoria for one month. More details on Testify’s events can be found on their website. 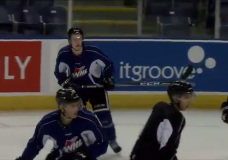 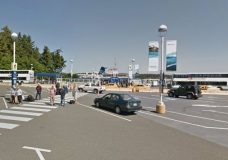