Posted: May 6, 2022 5:33PM | Last Updated: May 6, 2022 5:47PM
CHEK
WatchA grizzly discovery near Lake Cowichan has locals and conservation officers on alert after two small cougar kittens were targeted by poachers this week. Skye Ryan has more.

Cougar kittens are some of the most elusive babies born on Vancouver Island each spring, and rarely ever seen.

Yet conservation officers say when poachers somehow found two kittens near Lake Cowichan this week, they illegally shot and killed them, then stole their parts.

“It’s super disheartening as a wildlife officer because we all love animals and we want to protect them in this province,” said British Columbia conservation officer, Robin Sano, who is based out of the Duncan field office

The kittens’ remains were found on a remote logging road called Hill 60 Forest Service Road, off Highway 18 near Lake Cowichan on Tuesday. Conservation officers investigating the scene estimated they had been there for four days.

“Both of them had been shot, all of their paws had been removed and one of them was decapitated,” said Sano.

“I was shocked, you know how can people do something like that,” said Grant Treger, an avid outdoorsman and employee at Lake Cowichan Fly & Tackle.

According to Treger, the area known as Hill 60, is a popular spot for ATVs and hikers. So the unusual killings of cougar kittens have stunned the community.

“I’m appalled by the fact that someone would go out there and kill two little kittens and take their claws out of them. Somebody like that has got to be sick,” said Treger.

According to conservation officers the kittens’ mother was likely close by and watched what poachers did to her kittens, after being scared by the gunshots. She hasn’t been found.  In B.C. it is illegal to hunt cougars under a year old, and officials say there was no way these house cat-sized kittens could have been confused with a grown cat.

“At the site hopefully there was some kind of a clue of what was left behind,” said Treger.

A $1,000 reward has been offered by the wildlife charity The Furbearers in hopes of tracking those responsible. 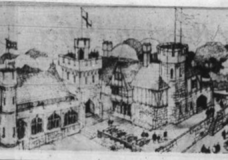 MicCHEK: That time someone wanted to build a $3.5 million medieval theme park in Saanich 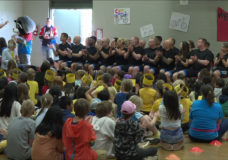