‘I ended up using seafood in my dessert’: Campbell River chef competes on survival cooking show

A Campbell River private chef is one of the contestants on a new cooking competition show called Chefs vs. Wild, streaming on Disney+ on Oct. 26.

In each episode, two world-class chefs from across North America are paired with a survivalist and dropped into a remote area of B.C.’s Sunshine Coast. They have to survive four nights with nothing but a change of clothes and a backpack to collect their foraged food, then cook up a three-course meal for the judges.

Campbell River’s Jade Berg says it put them all to the test not just in cooking but surviving.

“Sleeping on the cold hard ground for that many nights, not eating and then going into a cooking competition boy were we tested mentally and physically,” Berg said.

The 31-year-old private chef has been cooking for years with a focus on wild foods found on Vancouver Island. He started posting some of his creations and adventures on Instagram. And then last year he got an unusual private message.

“We’re the producers of Alone and Master Chef and Hell’s Kitchen and we’d like to do a new show are you interested? And I wrote it off as a scam,” Berg jokes.

But he eventually realized it was the real deal and he was whisked away for his four-night stint on the show during last November’s atmospheric river. He says his knowledge of the local lands didn’t help him much there.

“I know a lot of people, myself included, had never experienced that kind of cold before for that prolonged,” he said.

It’s the second show being released this month that focuses on this region’s rugged environment. Netflix’s Island of the Sea Wolves, narrated by Canadian actor Will Arnett, comes out next week. Tourism officials say they have no doubt that shows like these will entice people to visit.

“I think it shows the quality of the environment and with this particular show the quality of foraging opportunities and the excellence of the chefs that we have in this region and they all go together to create a really positive tourism experience for visitors,” said Brian Cant, vice-president of Business Engagement for 4VI, formerly Tourism Vancouver Island.

While Berg can’t say how he did on the show, he does say he had to get creative.

“I can say I ended up using seafood in my dessert which was a really big risk,” he said.

Berg says one of his most difficult nights on Chefs vs. Wild inspired him to create his own wild food chef business, now called Wild Isle Cooking.

“This epiphany like holy moly, yes I’m miserable but I’m here, I’m alive and I’m doing exactly what I want to do and I’m not going to let this break me.” 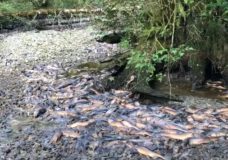 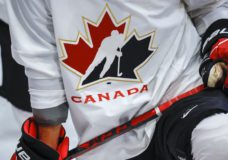