Throughout her life, Hupacasath First Nation Chief Councillor Brandy Lauder says she’s heard stories about the Beaver Creek Road property where an elementary school has sat in one form or another since the mid- to late 1800s.

“As I grew up as a kid, my elders would be like, don’t play after dark, don’t disturb it, don’t kick that. You know, there were rules like basically go to school, come home, and you’ll be safe,” said Lauder.

A First Nation village site is said to have been on the land adjacent to where the school sits for 6000 years.

Evidence has been recovered since the days of the first school buildings, showing the property is also the location of an unknown number of ancient burials.

“Our ancestors were buried further back from the village,” explained Lauder. “We do have a cemetery still, and they came over onto this side on the school property.”

Chief Lauder attended Gill Elementary School, which closed in 2015 due to declining enrollment.

The Port Alberni-based Hupacasath has now reached an agreement with School District 70 Pacific Rim to purchase the property. It will be followed by ground mapping and a survey of burial sites and artifacts to see what is there and where.

“It was a burial ground, so to be here since time immemorial, your ancestors need to go somewhere. This was like their cemetery,” Lauder said.

The community and the rest of council is excited about moving ahead with the project and using the land again.

“Honouring that history and offering community and people connection with that past, knowing where we come from, who we are is so important and valuable,” said Hupacasath Ricky-Lee Watts.

“It means a lot to just occupy more space of our land and call it ours and reclaim space we’ve used for thousands of years,” added Councillor Jolleen Dick.

The First Nation has not decided what will be done with the current school buildings, however, Chief Lauder says the community is excited about having a gymnasium.

Details of the purchase aren’t being released, but it should be complete sometime in June, with LiDAR scanning to happen sometime after that. 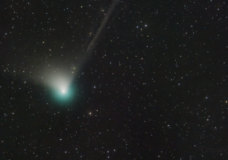 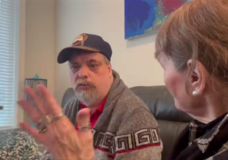