Hundreds trekked through the streets of Victoria Saturday for the fourth annual Women’s March. Moving in solidarity to highlight the struggles that women, trans, non-binary, and two-spirit people face.

“Women struggle through a lot of issues whether it’s trans women, indigenous women, anybody, so it’s nice to bring awareness to that as a group of people who support the same thing and want to see changes,” said one attendee.

The event started back in 2017, the day after Donald Trump was inaugurated as President, as a protest to his election and several demeaning comments he made towards women. Since then, the event has spread, with hundreds of thousands marching annually, in cities all over the world.

Today in Canada there were Marches in Toronto, Ottawa, Regina, and Saskatoon among others.

“The movement has really spread and for us it’s really important to think about the lines of solidarity when it comes to the woman’s march and we really just try to make this an inter sexual event and just have lots of people come out and support one another,” said Victoria march organizer Shay Lynn Sampson.

Here in Victoria, and beyond, the fight, is for equality. City leaders here in the capital region, underlining the importance of continuing to fight for gender parity.  “Woman, Trans, non-binary and two-spirit people still aren’t equally represented in many of our places of power and leadership positions and I think it’s important at every opportunity to make room for those voices,” said City Councillor Sarah Potts.

And While progress has been made, activists say there’s still a long way to go. “A lot of work here and especially in the States and across the world to deal with rape culture and things like that and how woman and marginalized genders are treated under the law,” said Event Spokesperson Astra Lund-Phillips. 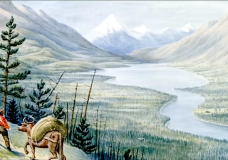 This Week in History: Art in the BC Archives 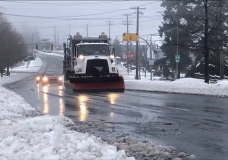