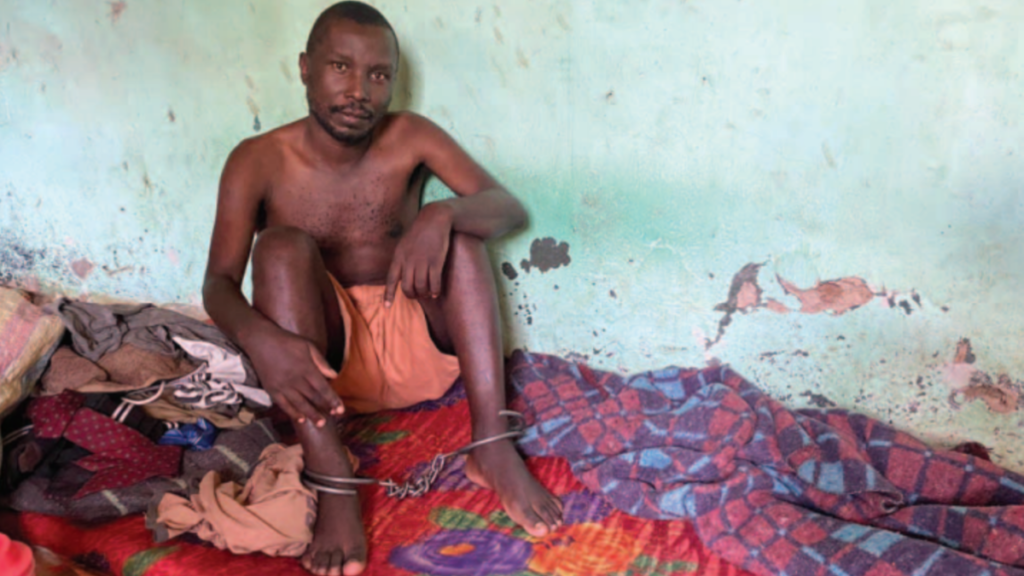 A staggering number of people with some kind of mental health condition are forcibly chained or caged, often in dirty inhumane spaces, at least once in their life, a new report suggests.

According to a recently released report by Human Rights Watch, more than a hundred thousand people – including children as young as 10 – who have either real or perceived mental health issues are chained or forcibly confined in dirty overcrowded sheds, cages, or animal shelters in about 60 countries worldwide.

The 56-page report titled Living in Chains: Shackling of People with Psychosocial Disabilities Worldwide, details how stigma and a “lack of mental health services” in numerous countries around the world contribute to people with mental health issues being forcibly confined, often by their own families, for weeks, months and even years.

“Shackling people with mental health conditions is a widespread brutal practice that is an open secret in many communities,” Kriti Sharma, senior disability rights researcher at Human Rights Watch and author of the report, said in a follow-up post on the organization’s website. “People can spend years chained to a tree, locked in a cage or sheep shed because families struggle to cope and governments fail to provide adequate mental health services.”

According to the report, in many poorer countries, where mental health services are either non-existent or poorly funded, many families feel they have no choice but to shackle their loved one because they are worried about the person running away or hurting themselves or others.

“Despite being commonly practiced around the world, shackling remains a largely invisible problem as it occurs behind closed doors, often shrouded in secrecy, and concealed even from neighbors due to shame and stigma,” the report said.

In some cases, families will turn to traditional healers, institutions, or religious facilities because in many parts of the world there remains a widespread belief that mental health problems are caused by evil spirits or the devil.

Many people end up shackled at private or even state-run institutions simply because they are dropped off by a family member, who never returns, according to the report, which highlighted the challenges facing those living in poorer countries, where funding is limited and existing mental health services are inadequate.

“Existing mental health services are often under-utilized or do not comply with international human rights standards because of limited understanding and awareness of mental health,” the report said.

“While countries are increasingly starting to pay attention to
the issue of mental health, the practice of shackling remains largely invisible,” the report said.

The Human Rights Watch report detailed a number of disturbing examples of shackling around the world, including in China, where at least 100,000 people are living in cages or shackled in Hebei province, near Beijing.

Meanwhile, thousands of people with mental illness were “found chained like cattle” in the Indian state of Uttar Pradesh.

At a care facility in Russia, the report said, staff would often bring those with “psychosocial disabilities” to a dining hall chained together and force them to eat while in handcuffs.

At one institution in Mexico, the report said children were found “fully wrapped in bandages, duct tape or clothing, like mummies,” while in Guatemala, hundreds of children with psychosocial or intellectual disabilities were often tied to “furniture or locked in cages” at orphanages and institutions throughout the country.

The report detailed the impact shackling not only has on an individual’s physical health but their mental health as well. It also showed how shackling results in poor hygiene and puts people in humiliating and degrading situations

“People who are chained often do not have access to a toilet. As a result, they urinate, defecate, eat, and sleep in a radius of no more than one to two meters . . . and women and girls are not supported to manage their menstrual hygiene, for example through the provision of sanitary pads,” the report said.

Another concern detailed in the report was around abuse. It said that shackling and forcibly confining people puts them in situations where they are far more vulnerable to physical and sexual abuse.

“In many healing centers, in countries such as Nigeria and Indonesia, men, women, and children were chained next to each other, leaving them no option to escape if they encountered abuse from staff or other chained individuals,” the report said.

As a result, Human Rights Watch is calling on governments around the world to end the inhuman practice of shackling people with real or perceived mental health conditions and create adequate affordable voluntary community-based mental health services.

“It’s horrifying that hundreds of thousands of people around the world are living in chains, isolated, abused, and alone,” Sharma said. “Governments should stop brushing this problem under the rug and take real action now.”

There is currently no coordinated international or regional efforts to eradicate shackling, according to Human Rights Watch. 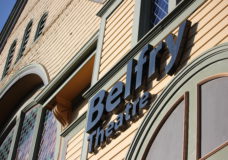