A growing petition with 2600 signatures, more than double the population of Hornby Island, is making the rounds as local residents appeal to BC Ferries for increased ferry service.

“We are, with frustration, watching other islands get brand new ferries of larger capacities, some of them two new ferries, but we’re getting no offers like that,” said Kent Lukinuk, vice president of the Hornby Island Residents and Ratepayers Association.

The current 49-year-old ferry, Kahloke, can carry about 21 regular vehicles, but Transport Canada reduced the boat’s weight capacity in late 2021 by around 20 per cent.

This results in the ferry leaving at times when it is not even full.

“And we just assumed that BC Ferries was going to do something about it,” Karen Ross with the Hornby Island Community Economic Enhancement Corporation told CHEK News.

“It was a significant reduction in service levels and nothing happened. And they had no plan.”

The problems have mounted as the population grows on Hornby and demand for the ferry increases, but residents and businesses say BC Ferries hasn’t been keeping up.

“Now, I mean, I’ve had a seven sailing wait lineup, and that’s like three-and-a-half hours. It’s just ridiculous and that’s in the heat, and there’s nowhere to get any water, nowhere to go to the toilet, it’s insane,” said resident Colin Boyd.

“In the summer, we had a 1.2-kilometre lineup. I think there were 185 cars in it and a seven-hour sailing wait because the ferry is under-sized,” added Lukinuk.

Hornby Island has numerous construction projects on the go and cement trucks from Vancouver Island have had to turn around when the wait was too long.

“They have to go back to the plant. Meanwhile, on the island, there’s a building crew waiting to deal with that concrete,” said Michael McNamara, who owns Blue Sky Design on Hornby and has first-hand experience with delayed contractors.

“The costs are huge and they are all borne by the people trying to do the construction.”

The ferry company posted an update on its website Monday in response to the public demand.

“BC Ferries has heard the requests from Hornby Islanders for a larger vessel on the route and we understand the strong desire for an increase in service. We realize there is a need for more capacity on this route at peak times, as well as a number of other routes throughout the ferry system,” the company said.

It continued, “The Kahloke would transition to the Buckley Bay – Denman Island route to provide supplementary service alongside the Baynes Sound Connector for the peak season.”

But Hornby residents say a larger vessel in the peak season isn’t enough, reiterating the need is year-round. They also want a new ferry like many other Gulf Islands are getting. 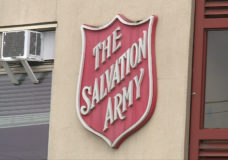 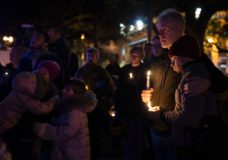 'It's the reflex': Veteran helped disarm gunman at gay club