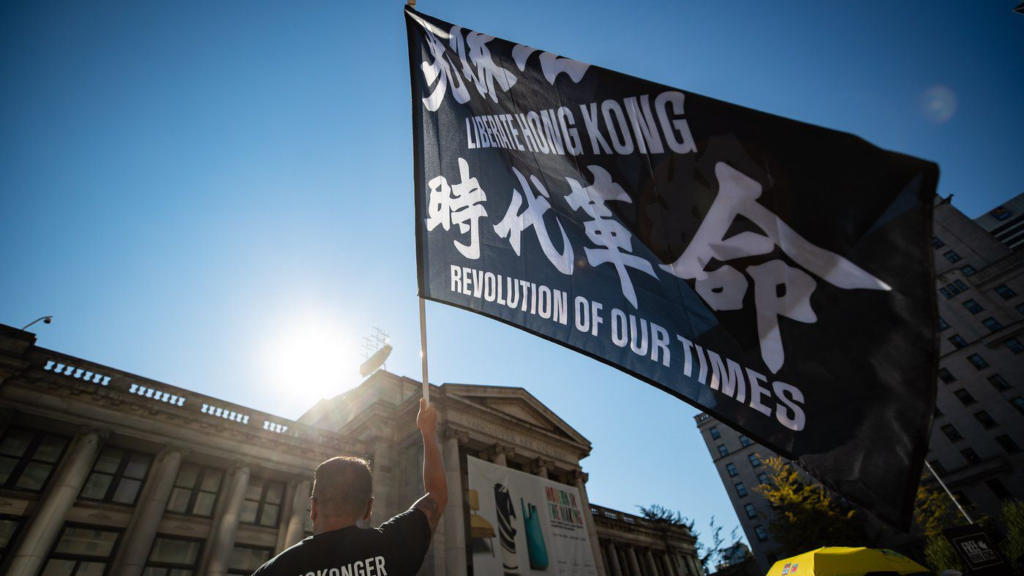 THE CANADIAN PRESS/Darryl Dyck
A man holds a banner during a rally in support of Hong Kong democracy, in Vancouver, B.C., Sunday, Aug. 16, 2020.

VANCOUVER — Ken Tung says he recently helped a new arrival from Hong Kong find a basement unit in Metro Vancouver for only $500 rent per month, thanks to a discount by a sympathetic landlord.

“It’s a good price,” said Tung, who said he has helped at least 100 young people from Hong Kong settle in Canada over the past three years.

“I know many churches and their people are helping Hong Kong newcomers .… People are donating furniture and lowering the rent to help them out,” said Tung.

Tung and others like him are facilitating a shift that shows up in new Canadian census figures.

The data released this week shows the Hong Kong-born population of Canada is on the rise, with a large majority settling in the Vancouver region, reversing a return-migration trend that had previously seen thousands of Hong Kongers leaving Canada.

Experts say the shift is being propelled by a political crackdown in Hong Kong, which came under a sweeping national security law in 2020 after anti-government protests.

The 2021 census shows a 6.1 per cent increase of Hong Kong-born people in Vancouver’s census metropolitan area in the past five years, bringing the total population to more than 76,000. It had previously been falling for decades.

The increase of 4,395 accounts for 90 per cent of the Canada-wide increase of Hong Kongers since 2016, when the previous census was conducted.

Many more are on the way, using new migration pathways that Canada opened up to Hong Kongers last year.

Tung said he wasn’t surprised by the census numbers.

He said their motivations were largely the same. “The answer is simple — they can’t see a future in Hong Kong,” Tung said

The national security law has been used to target protesters and political opponents of the Hong Kong government and the Chinese Communist Party.

Tung said those leaving Hong Kong did so after watching Hong Kong go from being “open, modernized” to “hardcore communism.”

Hong Kong was Canada’s biggest source of immigrants in the lead-up to the 1997 handover to China, but Hong Kongers’ presence in Canada had been shrinking steadily for years as thousands moved back to the former British colony.

The crackdown in Hong Kong was followed by the establishment of new Canadian migration pathways in response.

But while the census shows 2,385 recent Hong Kong immigrants to the Vancouver census metropolitan area in the preceding five years, that number is outstripped by the actual increase in the Hong Kong-born population, suggesting more than 45 per cent of newcomers already held Canadian citizenship or some other status.

One such newcomer, a financial analyst who declined to be named for safety reasons, said he was born in Hong Kong but immigrated to Canada with his parents and finished his studies here.

His parents brought the family to Canada in the wake of the 1989 Tiananmen Square crackdown in Beijing, which triggered an exodus from Hong Kong and Taiwan.

But in the mid-2000s, he went back to Hong Kong for work. It wasn’t until last year he decided to reverse direction again, returning to Vancouver with his wife and son.

“I used to have the freedom to speak my mind, have choices in reading different news media and discuss in public without any repercussion. This is really valuable to me .… And therefore when it’s gone, Hong Kong is no longer Hong Kong,” he said.

He said he was making a good living in Hong Kong and enjoying the low-tax environment there, but decided there is “something more important than the money.”

“I have a kid and it’s not only for myself but also for his future. I can’t stand living in that environment,” he said.

“It’s a very tough journey to go through. Seeing young people getting oppressed and intellectuals being jailed and detained. It’s definitely a saddening journey.”

Kennedy Chi-Pan Wong is a PhD candidate in sociology at the University of Southern California who has studied Hong Kong migration patterns.

The U.S.-based Hong Kong Democracy Council says there are 1,163 political prisoners in Hong Kong as of September 2022.

“That actually creates a large pushing force, (as we call it) in migration studies, that really push people out of the country,” said Wong.

In addition to the political unrest, other factors have also come into play, such as Hong Kong and mainland China’s strict pandemic rules, said Wong.

He said the COVID rules that had inhibited mobility had created concern about doing business in Hong Kong, and the city’s future prosperity.

Some of those pathways only came into effect after the May 2021 census.

Wong agreed that the peak of newcomers from Hong Kong hasn’t arrived in Canada yet.

Meanwhile, the financial analyst who returned to Vancouver said he hoped the new arrivals would help capture some of Hong Kong’s previous spirit.

“(We) will connect with them and make sure the culture and values are preserved,” he said.

This report by The Canadian Press was first published Oct. 29, 2022. 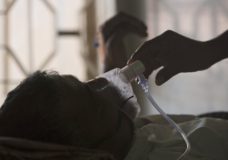 WHO: Tuberculosis cases rise for the first time in years 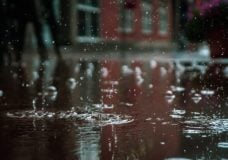