Canada Post is upping its surcharges on domestic parcels to nearly 40 per cent as the holiday season quickly approaches.

On Monday, the courier set its fuel surcharge to 37 per cent for domestic services. That’s up six per cent since May 2021, when it was set at 31 per cent.

Canada Post said this is to offset the increased prices at the pump.

“Due to the fluctuation of fuel prices and their significant impact on operational costs, fuel surcharges are applied year-round as a standard industry practice for parcel shippers,” Canada Post said in a statement to CHEK News. “As Canada Post manages the largest transportation network in Canada, with thousands of vehicles in our fleet, this has been part of our standard practice for nearly 20 years.”‘

The statement added the surcharges are based on the average price of diesel across Canada as measured by Kalibrate Technologies Ltd., an independent company that monitors fuel prices in Canada.

This is having an impact on customer’s wallets.

On Wednesday, Debbie Montgomery mailed about eight envelopes and a box to Ontario full of Christmas presents from the Canada Post office on Yates St.

She assumed inflation was the causing the high price.

Claudia Kobayashi told CHEK News she was sending a present to her granddaughter in Finland.

She said having shipping fees cost the same amount as the contents of the package is a deterrent.

It appears there is not escaping the higher shipping fees as other courier services have set similar prices.

Simpson used to use liquor boxes that he would cover in brown paper. He now buys the pre-paid boxes that have a set cost, purchasing the $25 box this year.

“You fill it with everything you want to and that way it’s cheaper,” Simpson explained.

In its statement, Canada Post said it understands the impact the fuel surcharge can have on customers.

The surcharge is updated weekly to reflect the the current average price. Updates are posted on Canada Post’s website. 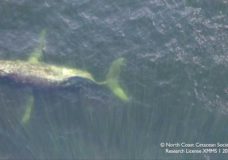 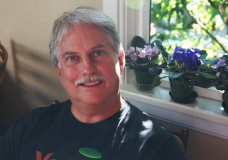