January 26, 2021 updated
CHEK
WatchFriends mourn after a man in his 30's was found dead in a tent at the homeless encampment next to Royal Athletic Park. April Lawrence reports.

Tina Dawson was home in her tent in the parking lot next to Royal Athletic Park in Victoria on Sunday when she heard an all too familiar scream.

“I can just recall hearing a guttural scream and I know that scream unfortunately too well and I went and he was deceased,” she told CHEK News.

Dawson says the man, who was in his 30’s, was a trusted member of the small encampment, which opened at the end of 2020 and has about 34 tents.

“He’s got a family and I am so sorry, he’s loved, he’s a great young man that died at 30 and it’s unnecessary,” Dawson said.

It’s believed he died of a suspected drug overdose. There is no operator at the parking lot encampment and while outreach workers and bylaw officers visit the site daily there are no on-site supports.

The North Park Neighbourhood Association believes the tragedy could have been prevented if the shelter at nearby Save-On-Foods Memorial Centre had been reopened.

“The arena which is sitting a block from here is still not open, and if that gentleman had been in the arena he would have been under watchful eyes, he would have had the immediate medical attention he would have needed, not knowing what the cause of death was in this situation, but there would’ve been people there to help,” said executive director Sarah Murray.

The temporary shelter, with 48 pods, was open from May until September last year when BC Housing’s lease with GSL group ended. Many considered it a success.

“It was run so well and there was great feedback from the people who were residing in that space, the provider of the service there as well as the neighbourhood,” said Janine Theobald with the Greater Victoria Coalition to End Homelessness.

The province says discussions to ‘reactivate’ the site are ongoing and GSL Group chose not to comment. BC Housing also continues to look at purchasing other hotels to move people indoors by the end of March.

According to BC Coroner statistics, this is the sixth death at a homeless camp in Victoria since the pandemic began and advocates say solutions are needed now.

“It really speaks to the urgency to the ongoing work across the sector,” said Theobald, who said every level of government is working as hard as possible to find solutions as quickly as they can.

Tina Dawson wishes she could have done more

“I blame myself, I’m here, I’m the mother bear of this place and I take care of them,” she said.

Dawson plans on starting a buddy system at the camp to ensure no one else dies alone. 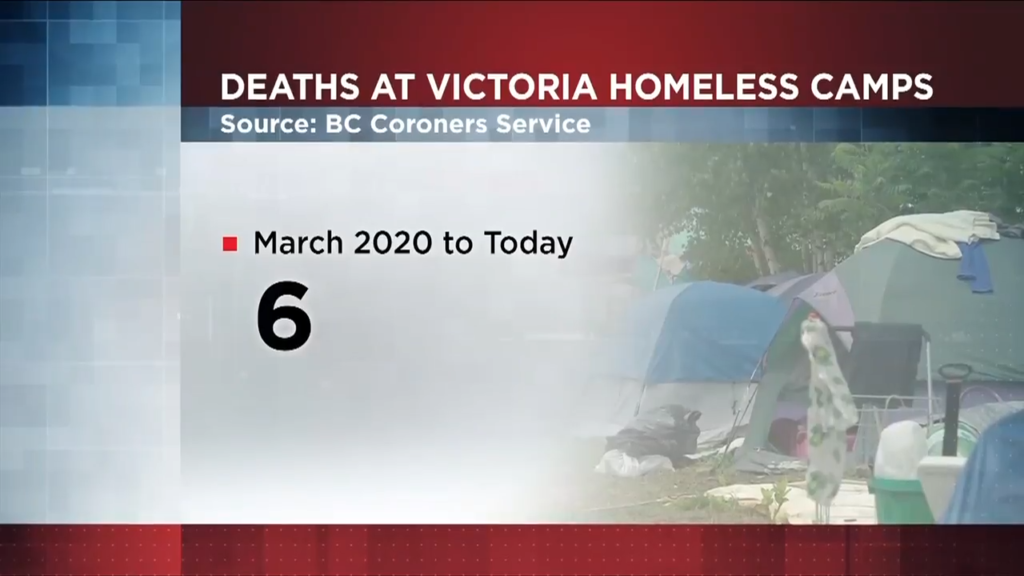 According to BC Coroner statistics, this is the sixth death at a homeless camp in Victoria since the pandemic began and advocates say solutions are needed now. (CHEK News) 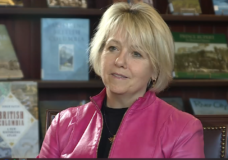